The Inequality of Climate Pollution 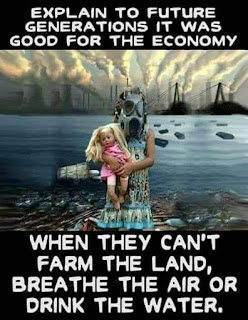 The wealthiest 1% of the world’s population were responsible for the emission of more than twice as much carbon dioxide as the poorer half of the world from 1990 to 2015, according to new research, compiled by Oxfam and the Stockholm Environment Institute

Carbon dioxide emissions rose by 60% over the 25-year period, but the increase in emissions from the richest 1% was three times greater than the increase in emissions from the poorest half. The richest 10% of the global population, comprising about 630 million people, were responsible for about 52% of global emissions over the 25-year period, the study showed. Globally, the richest 10% are those with incomes above about $35,000 (£27,000) a year, and the richest 1% are people earning more than about $100,000. The report warned that rampant overconsumption and the rich world’s addiction to high-carbon transport are exhausting the world’s “carbon budget”.

If left unchecked, in the next decade the carbon emissions of the world’s richest 10% would be enough to raise levels above the point likely to increase temperatures by 1.5C, even if the whole of the rest of the world cut their emissions to zero immediately, according to Monday’s report.

Such a concentration of carbon emissions in the hands of the rich means that despite taking the world to the brink of climate catastrophe, through burning fossil fuels, we have still failed to improve the lives of billions, said Tim Gore, head of policy, advocacy and research at Oxfam International. Oxfam argues that continuing to allow the rich world to emit vastly more than those in poverty is unfair. While the world moves towards renewable energy and phases out fossil fuels, any emissions that continue to be necessary during the transition would be better used in trying to improve poor people’s access to basic amenities.

“The best possible, morally defensible purpose is for all humanity to live a decent life, but the carbon budget has been used up by the already rich, in getting richer,” said Gore.

“The global carbon budget has been squandered to expand the consumption of the already rich, rather than to improve humanity,” he told the Guardian. “A finite amount of carbon can be added to the atmosphere if we want to avoid the worst impacts of the climate crisis. We need to ensure that carbon is used for the best.” He pointed to transport as one of the key drivers of growth in emissions, with people in rich countries showing an increasing tendency to drive high-emitting cars, such as SUVs, and take more flights. “This isn’t about people who have one family holiday a year, but people who are taking long-haul flights every month – it’s a fairly small group of people,” said Gore.