There is never a right time to criticize the Democratic Party. Always there is the threat from the right. Anyone with even a hint of a progressive agenda in their politics are told they are a destabilizing element and will frighten off the moderate Republicans. It is the long-running debate on ‘lesser-evilism’. Trump or Biden? Nevertheless who will stuff the pockets of Wall St with money? Both of them. Who will finance the armaments industry? Both of them. Who will side with the employers? Both of them. Who will end the misery of working people. Neither of them. For Trump and Biden - read capitalism.

It is hard to believe that real change is possible and it is easier to think that the system can be reformed if only politicians were principled, that justice can overcome evil, and that freedom can prevail. Socialists hold that revolutionary change is indeed possible but it takes each and every one of us to be committed, to be informed, to be educated and to be actively involved. Our task does not begin and end on election days. We cannot rest our hopes on a political savior to rescue us. As Eugene Debs reminded his voters:

Despite what is taught in school and the propaganda that is peddled by the compliant media which promotes the illusion that we have a democratic republic, a presidential election is not a populist election for a representative. Rather, it’s a gathering of shareholders to select the next CEO. We live under a plutocracy or oligarchy, a system of government in which officials represent the interests of the rich and powerful rather than the average citizen.

The system is rigged. The American electorate has been fed with billions of dollars’ worth of political advertisements aimed at persuading them that:

1) their votes count and

2) electing the right candidate will fix everything that is wrong with the country.

Yet they are given only two viable choices for president,  which comes down voting for the lesser of the two evils. We are fooled into believing that there’s a difference between the Republicans and Democrats, when in fact, the two parties are practically the same, both parties are bought and paid for by the corporate elite, who care about their own power

The decision on election day will not alleviate the suffering of the American people. Things will remain unchanged. No matter who wins the presidential election on November 3, it’s a sure bet that the losers will be the American people. “We, the people” will continue in misery while the corporations will continue to call the shots. Stop supporting and defending the insanity of the capitalist system. When faced with the prospect of voting for the lesser of two evils, many simply compromise their principles and overlook the fact that the lesser of two evils is still evil. 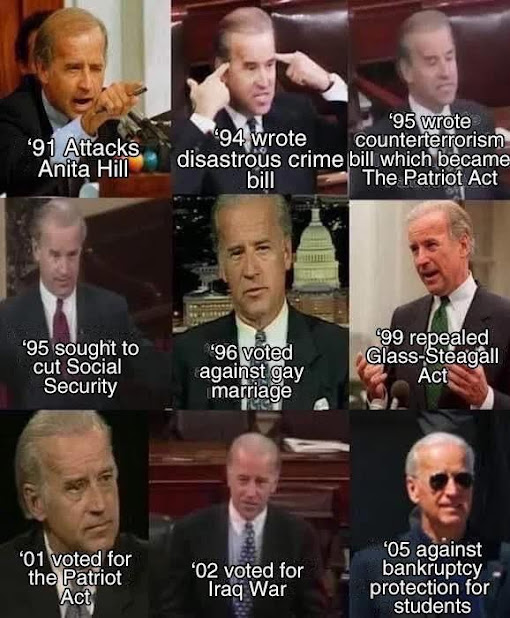