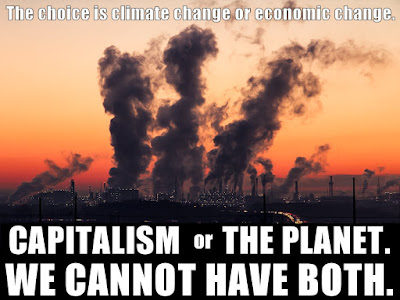 Recycling plastic is a scam. The companies making all that plastic have spent millions on advertising campaigns lecturing us about recycling while knowing full well that most plastic will never be recycled.

According to one analysis, only 9% of all plastic ever made has likely been recycled.

A new investigation by National Public Radio (NPR) and the Public Broadcasting Service (PBS) reports that the large oil and gas companies that manufacture plastics have known for decades that recycling plastic was unlikely to ever happen on a broad scale because of the high costs involved.

“They were not interested in putting any real money or effort into recycling because they wanted to sell virgin material,” Larry Thomas, former president of one of the plastic industry’s most powerful trade groups, told NPR.

There is a lot more money to be made in selling new plastic than reusing the old stuff. But, in order to keep selling new plastic, the industry had to clean up its wasteful image. “If the public thinks that recycling is working, then they are not going to be as concerned about the environment,” Thomas noted. And so a huge amount of resources were diverted into intricate “sustainability theatre”. Multinationals misleading people for profit.

While the plastics industry’s greenwashing will come as no surprise to anyone, the extent of the deception alleged in NPR’s investigation is truly shocking.

The subterfuge around recycling plastic is also an important reminder of just how cynically and successfully big companies have shifted the burden of combating the climate crisis on to individuals.

This might be best encapsulated in a famous ad campaign that aired in the US during the 1970s with the slogan “People Start Pollution. People can stop it.” The campaign was created by a non-profit group called Keep America Beautiful, which happened to be heavily funded by beverage and packaging companies with a vested interest in convincing people that they were the ones to blame for a polluted planet, not capitalism.

Perhaps one of the most effective bits of propaganda that big business has come up with to shift the burden of combating the climate crisis on to individuals is the idea of the “carbon footprint”. BP popularised the term in the early noughties, in what has been called one of the most “successful, deceptive PR campaigns maybe ever”.

While oil companies were telling us to fret about our carbon usage they were doing whatever the hell they liked: 20 fossil fuel companies can be directly linked to more than one-third of all greenhouse gas emissions, an analysis by leading climate researchers found last year. Chevron, Exxon, BP and Shell are behind more than 10% of the world’s climate emissions since 1965.

We have been successfully convinced that people start pollution and people can stop it. That if we just fly less and recycle more the planet will be OK. To some degree that is right: there must be a level of personal responsibility when it comes to the climate emergency.

But individual action is a tiny drop in a heavily polluted ocean; we need systemic change to make a real difference. And, more than anything, we need to change what we value.

Posted by ajohnstone at 6:06 am