Unaffordable water bills and the threat of disconnection causes significant psychological distress for Americans, according to a new study published in the Journal of Public Health.

A Guardian investigation into 12 American cities found the price of water and sewage increased by an average of 80% between 2010 and 2018, with more than two-fifths of residents in some cities living in neighborhoods with unaffordable bills. 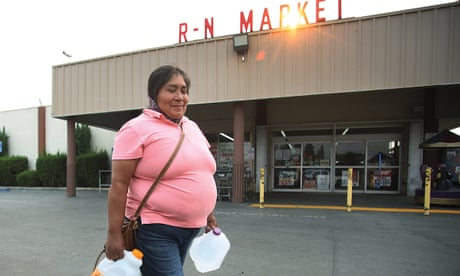 ‘We’ve always known ours was contaminated’: the trouble with America’s water
Read more

In Detroit, at least 141,000 have been disconnected since the city filed for bankruptcy in 2014 as part of a widely condemned debt-collection policy targeting mostly poor black residents. Nowhere has the unfolding affordability crisis hit harder than Detroit, where water rates have increased by up to 400% in the last 20 years. Almost four in 10 Detroit residents live in poverty, the highest rate among the 20 largest US cities. The UN described the mass shutoffs as “contrary to human rights” and condemned the disproportionate impact on African Americans, who account for 80% of the city.

“Water is vital to health, of course, but also to human dignity. For the world’s wealthiest country to be segregating access, it takes a toll. We’re only beginning to appreciate the level of water worry that poor people in this country carry,” said Nadia Gaber, lead research from the department of anthropology, history and social medicine at the University of California San Francisco.

Posted by ajohnstone at 8:47 am