The Disaster of of America's 'Democracy' 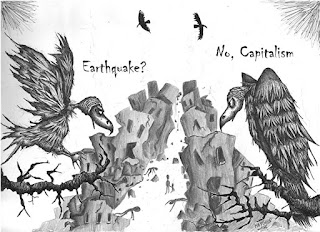 Trump's great achievement is to transform the November 3rd election into another reality show, and instead of it resembling the Apprentice, which he continued as president with a constant series of sackings of officials, it is more akin to America’s Got Talent. It is now a contest of the candidates personalities, character and integrity rather than rival policies of substance. The rise of populism in America has encouraged demagogy and showmanship. The media focuses on the polls and not on proposals. The Republican and the Democrat lack in vision and inspiration. Both party’s establishment elites have rigged the entire political system through undue influence and big money. Should we be surprised that the election is between the son of a real estate agent and the son of a car salesman?

A small number of very rich men are quite sure they know what is best for the future of the world and have enough wealth and influence to believe they can make it happen. The illusion still persists that capitalism is all right provided it is run on proper lines, “proper” meaning the way it is done by one of the two political parties.

Fellow-workers, your rulers are your most dangerous enemies. They are most cunning and most treacherous. They maintained the iron rule of Capital under conditions of apparently democratic government and free institutions. They keep you under their iron heel, to grind you in their factories mines and workshops and at the same time make you believe you are free. They played upon you with great success the trick of pretending they were split into two factions, Republicans and Democrats. They were like Siamese twins, two in one and one in two. They lead you by the nose from election to election raising empty cries and plenty of promises, granting you from time to time when hard pressed, some petty reform, like a bone being thrown to a dog to keep him quiet. You were taken in by this trickery thinking you must choose between the greater and the lesser evil. And you in your ignorance and innocence, instead of kicking them all out, bag and baggage, have been voting them alternately into power, – Tweedledum following Tweedledee. Decades of such practice upon you have sharpened their wits and they have learned to perfection the art of concealing their mailed fist under a velvet glove, and their dastardly deeds with a glib tongue and a complicit media.

The whole world is at the mercy of what happens in the United States. It is a truism that if America catches a cold, the rest of us begin to sneeze. It remains the economic power-house despite the rivalry of China to dominate all other economies. It has the mighty military arsenal that surpasses all other nations which permits it to assume the role of the police-man of the world. It has the far-reaching diplomatic influence to pick and choose which international law or international institution to support and fund as the UNESCO, ICC and WHO are finding out. Even if the Green New Deal is fully embraced by Biden, the environmental future of the planet is still determined by the Wall St corporations. Almost 8 billion of us are trapped by whether 300 million of our fellow-workers decide if they prefer Coca Cola or a Pepsi brand president. The rest of us have no say whatsoever in the future of the planet. It matters little if Noam Chomsky, if Cornel West or Angela Davis believe in the lesser evil of Biden. Like Hillary Clinton in 2016 Biden is a proven evil. He has the record. It is not supposition. Yes, Trump is monstrous but so is Biden. Should he become the next president, it means siding with him on every thing he does to ensure the no return of a Republican right-winger. That is the reality.

American workers have the duty to remain true to themselves and vote with their conscience. They have the responsibility to act on behalf of humanity as a whole and forego national self-interest.