From the horses mouth 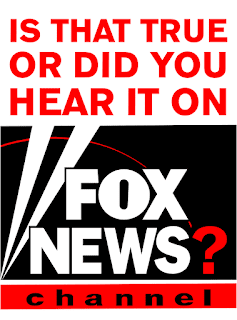 Fox News host, Tucker Carlson, has the highest-rated show on the network.

Carlson was recently taken to court for defamation of character by Karen McDougal who was paid for her silence about an affair she said she had with Donald Trump. To defend Carlson Fox News made a damning admission. Tucker Carlson cannot be trusted.

"This “general tenor” of the show should then inform a viewer that he is not “stating actual facts” about the topics he discusses and is instead engaging in “exaggeration” and “non-literal commentary.”…Fox persuasively argues…that given Mr. Carlson’s reputation, any reasonable viewer “arrive with an appropriate amount of skepticism” about the statements he makes."

Fox TV concedes that this number one show presenter cannot be reasonably expected to be taken seriously and “reasonable” viewers will be skeptical that his claims are not “actual facts.”

The fact is, Carlson is a liar, and he often intentionally lies to his audience so to get them to buy into his biased ideological view of the world.

Posted by ajohnstone at 3:47 am