Fortress Europe to be Strengthened 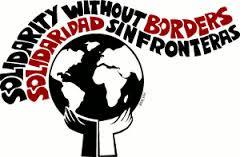 EU member states' reluctance to provide refuge to displaced people and the new proposed migration rules putting an end to asylum quotas is a victory for the nationalists. The  new migration proposals are an admission of failure.

What is missing completely is humanity. The bureaucratic management of migration has totally triumphed over compassion.

Amnesty International said the pact was "designed to heighten walls and strengthen fences" and would do nothing to alleviate the suffering of people in camps on Greek islands or in Libya.

"The commission has bowed to pressure from EU governments whose only objective is to decrease the number of people granted protection in Europe, "said Marissa Ryan, head of Oxfam's EU office.

There are many reasons that can explain the influx of migrants coming to Europe – climate change, a lack of economic opportunity and war all among them. Perhaps not every country in the EU has contributed to all of these root causes, and they might be justified in believing they shouldn’t have to bear the responsibility for others’ problems. But they surely have a duty to not exacerbate these root problems if they wish to complain about their responsibility for migrants.

Judith Sunderland, the deputy director of Human Rights Watch's Europe and Central Asia division, tweeted the "flexible option" means that "countries who refuse to accept responsibility for migrants and asylum seekers" will "deport people found to have no right to stay. It's like asking the school bully to walk a kid home," she added.