Friend of our enemies and the enemy of our friends 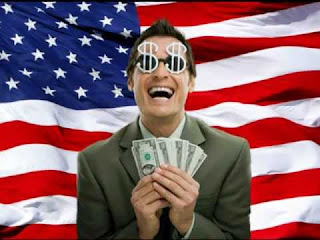 The two-party system is why the choice is demented Trump or dementia Biden. Both fight for Wall Street and maintaining America as the world’s dominant military power. The Democrats are the ‘left’ wing and the Republicans the ‘right’ of the Capitalist Party.  On all the issues vital to the plutocrats and oligarchs they are at one, offering their masters bipartisan support. It is a fake rivalry creating an illusion of choice in America. Biden and Trump are aligned on many crucial issues, from opposing universal Medicare4All, supporting fracking, financing the military and deploying it in foreign countries, to the support of Israeli apartheid and Saudi Arabian despotism.

In the one-sided class war the capitalists have been waging against the working class for decades. The two-party racket rests on duplicity. During election time the candidates of the major parties masquerade as dedicated servants of the peoples’ welfare in order to solicit votes and win office. The Republocrat partnership to secure funds for campaigning and to stay in office must do the bidding of business interests on all major questions of foreign and domestic policy.

Biden is seen by many as the knight in shining armor who will come to the peasants rescue and do battle with the evil baron. A romantic fiction. Biden is no champion of the people and he is not the sworn enemy of the bourgeoisie. He is no savior who will throw the money-changers out of the temple. The Democratic Party cannot become a vehicle to raise progressive politics, as was shown by the rejection of Sanders in 2016 and in 2020.

The Justice Democrats, the DSA, and all the other progressives will never be a voice within the Democratic Party machine. They have fallen into the trap of voting for the lesser evil. Such electoral tactics are pretty much a ploy by the ruling class and eventually lead to the same, or very similar, outcomes. For sure, an independent party of labor, a real socialist party, will not be a majority for many years to come with the capitalist parties dominating but it gives a choice to those of us who will not accept the status quo. It offers a possibility of progress. Business interests, the plutocracy, rule the land and loot the people. The capitalists who rob within the law will feel secure for four more years if either Trump or Biden is sent to the White House. The greatest liar is he who sees only liars in others. The thought of four more years of Trump certainly is frightening. No one would dispute that. And it is the message of the sheep-dogs to shepherd us all into the the Democratic fold, as the “the lesser evil”. We should not be accomplices to any illusion of substantive change with Biden. People think they are electing Democrats to fight for them. It turns in reality, that the Democrats barely believe in fighting for what little they believe in, and that what they believe in isn’t much worth fighting for.

The World Socialist Party recognizes that lesser evil capitalist politics can never free workers from exploitation and domination.  Backing any candidate of the most powerful military industrial complex in the world is impossible for a genuine socialist. We appeal to our fellow-workers to quit capitalist parties of whatever name and join the World Socialist Party, the only party of the working class in the United States. This election is a splendid time for an educational campaign against the capitalist state; and not for a reformist party to take governmental office as a handmaiden of capitalism, but for a party to overthrow the capitalist system. It is a splendid time to campaign for a revolutionary socialist party. This is the splendid time when our fellow-workers can learn about the liberating ideas of socialism from its genuine proponents and work towards a fundamental socialist transformation of the United State

The World Socialist Party completely divorces itself from the Democratic and Republican electoral machines and declares a war to the death upon them. We pledge intransigent opposition to the capitalist parties. While Debs urged people to climb out of the two-party swamp, the Left today has become totally immersed in it with its path of lesser evilism. The price to be be paid by the pseudo-realists and opportunists of the “lesser evil” choice, practitioners of coalition politics with the capitalist candidates is that a viable independent socialist movement never materializes because the Left will never enjoy the harvest without first tilling the soil and sowing the seeds for a new departure in American politics.

The result of the November 3rd election will likely be further demoralizing for the social movements and for working people. But ultimately — we do not pretend to predict when — capitalism will try to cross a bridge too far in their lust for profit and power. When that happens, the fight-back may well break out for real and change politics forever.