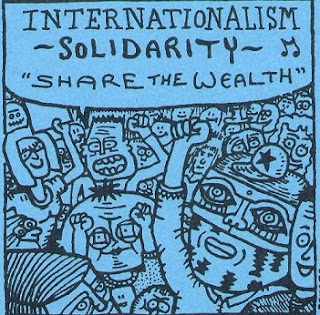 Local councils have hit back at government claims that the UK cannot accept any more child refugees trapped in squalid EU camps because it is at “breaking point”,  saying they have capacity to take in some of them.

Immigration minister Chris Philp told a parliamentary committee that Britain couldn’t take in any unaccompanied children from refugee camps in Greece and Italy because the numbers were already “so huge” it was a “struggle to find a place for them”,  saying: “Not only are we already playing our part, we are playing our part to breaking point.”

Lord Alf Dubs, a former child refugee himself and the architect of the Dubs Amendment, said the claim that there weren’t anymore places was “not based on fact” and accused the government of conflating the internal transfer of minors arriving in Kent with taking children straight from Europe.

Local authority leaders have refuted his claims, pointing out that they have offered to take in refugee children transferred to the UK via safe and legal routes from EU nations. The charity Safe Passage said at least 25 UK councils had pledged over 1,400 places for child refugees in Europe, so long as the government provides support and a safe and legal route for these children to come.

Councils that have pledged to take in unaccompanied minors pointed out that many local councils across the UK don’t take in any refugee children, so a solution could be to make it mandatory to do so.

Cllr Kevin Bonavia, Lewisham Council’s cabinet member for refugees, explained, “I would treat the government’s claims of ‘breaking point’ with a large dose of scepticism. We are far behind other European countries in accepting refugees – Britain can and should be better than this." The council was currently providing care to 44 unaccompanied asylum seeking children – and that it would be able to do “much more” with government support.

Stephen Cowan, leader of Hammersmith and Fulham Council, which has pledged to take in 200 unaccompanied minors from Europe, echoed his remarks, saying: "The minister's explanation for turning away desperate refugee children is an assault on British values of compassion, international leadership, and standing up for what's right. Britain's better than that.”

West Dunbartonshire Council meanwhile said they were “disappointed” that the government was claiming they couldn’t bring unaccompanied minors from Europe due pressures faced by some councils, when the council had pledged to resettle 30 refugee children from Europe via safe and legal routes.

There is currently a shortage of safe and legal routes by which unaccompanied refugee children can reach the UK. The Dubs Amendment, designed to offer sanctuary to vulnerable lone minors, ended in May, while the family reunion route under Dublin is beset with delays and set to end on 31 December when the Brexit transition period ends.

Cllr Gareth Roberts, leader of Richmond upon Thames, urged the UK government not to “abrogate its duty to ensure safe and legal routes for unaccompanied children to seek sanctuary in the UK”. He added: “A failure to provide such routes leaves already vulnerable minors at risk of further exploitation by traffickers and smugglers. If the government is concerned about additional pressures being placed on local councils then they should commit the resources necessary to ensure those pressures are removed. The moral imperative to assist the most vulnerable should not be overridden by spurious concerns that councils would be unable to cope. Councils can cope if government gives them the resources they need.”

Beth Gardiner Smith, chief executive of Safe Passage International, called on the government to “stop ignoring” council leaders and instead engage with them to help offer protection to vulnerable children in Europe through a “well-managed legal process”. She added: “It is wrong for the government to claim that councils don’t have capacity to welcome some of the most vulnerable refugee children in Europe. Local authorities of all political parties have pledged over 1,400 places for these children and when there are unaccompanied children sleeping in burnt out camps in Europe tonight, it is unthinkable that these places remain unfilled. As long as councils are funded and supported adequately by central government, we know they are willing to welcome these children.”