No-One But Ourselves Can Save Us 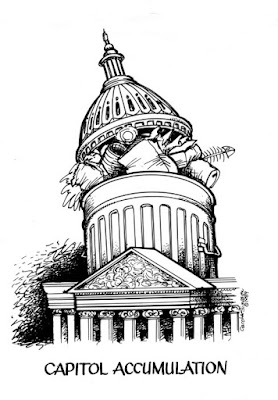 Trump was the reaction by Republicans and Democrats to a deep malaise in U.S. society which caused a turn to the right. There was economic stagnation, increased inequality, and pressures on real profits (as opposed to financial speculation and over-valuation of the stock market). A significant section of the American people responded to genuine grievances of growing poverty and inequality, de-industrialization, loss of jobs and rural recession — but false and misleading politics directed the blame onto African-Americans, migrants, and the “liberal elite” in Washington and the demagogues whipped up these people’s emotions and despair into a frenzy. Some Trump voters were attracted to his racism and nativism. The only difference with Biden and is that he is presenting a respectable front and Trump has not. African-Americans and Hispanics would never vote for Trump, some will reluctantly opt for Biden, but a great number will sit this election out. Biden’s electioneering remains rhetoric about shared sacrifice and the virtues of bipartisanship. As a senator and as V-P he failed to defend, and in reality undermined, working-class interests.

What the proponents of lesser evilism fail to recognize is that the Democratic Party is not a neutral organization. It is an instrument of the ruling class. For generations now it has served to draw movements in to the swamp of reformism. Biden promises change but so do all presidents. They promise the American people that if elected they will make the country stronger and create conditions that will make our lives better. As soon they are in the White House they suffer amnesia and carry on serving the interests of the corporations.

The two-party system has never worked for the average American. Since the Democrats and Republicans have proven they can’t be trusted; then for whom should American workers vote on November’s election day? There is an option of voting for a third party, the Libertarians or the Green Party. Do these other parties truly offer an alternative? In essence, they merely mirror the Republicans and the Democrats. We should bury once and for all the notions of supporting a lesser evil as a viable alternative.

The World Socialist Party’s goal is an autonomous working class movement independent of the capitalist class and their political lackeys. Instead of comparing the Democrats to the Republicans, we propose a different standard: who will represent and act in the interests of the working class as a whole? Our goal is not to persuade individuals to not vote but to raise the idea of an independent mass socialist party. The originally Marxist social democratic parties had in addition to the “maximum” program of socialism what they called a “minimum program” of immediate reforms to capitalism. What happened is that they attracted votes on the basis of their minimum, not their maximum, program, i.e. reformist votes, and so became the prisoners of these voters. In parliament, and later in office, they found themselves with no freedom of action other than to compromise with capitalism. Had they been the mandated delegates of those who voted for them (rather than leaders) this could be expressed by saying that they had no mandate for socialism, only to try to reform capitalism. It was not a case of being corrupted by the mere fact of going into national parliaments but was due to the basis on which they went there and how this restricted what they could do. In short, it is not power as such that corrupts. It is power obtained on the basis of followers voting for leaders to implement reforms that, if you want to put it that way, “corrupts”. The WSPUS advocates only socialism and nothing but (the so-called “maximum program”.)

The advocates of lesser evilism deflect attention away from an understanding of how the capitalist system works and the route causes of the problems it creates. They stand in opposition to the solution and the abolition of the system of wage slavery itself. They are as much a part of the problem as the capitalists themselves who as ever gratefully accommodate the reformists as part of the political system, the acceptable face of wage slavery and capitalism.

The class struggle is over the wealth. Because the working class is not conscious that it creates all the wealth outside of what lies in natural resources, it remains a pawn in the political games of the politicians dedicated to maintaining the wages system of slavery. For example, free healthcare paid for by progressively taxing the wealth of the upper 10% is not a moral category i.e. "lesser evilism".