Blue no matter who 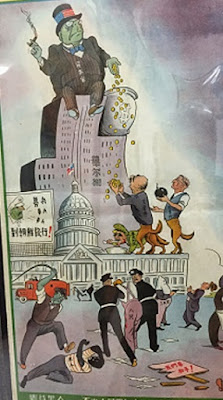 Democrats are using Trump’s fascistic tendencies as electoral extortion and offering us grandfatherly Biden as an alternative. Working class anger is also growing. Biden is raising the expectations of working class people with plenty of promises in order to win the election. The Democrats are part of the problem and not even a temporary solution. We aren’t claiming that the Democratic  and Republican parties are exactly the same; just that the Democrats are no answer to the Republicans. Both parties are inextricably tied to the capitalist system and must defend it at home and abroad. Both have long records of handouts to the corporations. They defend the system in different ways.

At home, the Republicans are the “hard cops,” the Democrats softer. The liberals’ job is to pretend they are on the side of beleaguered workers, the racially oppressed, the unemployed and the overburdened poor. When people protest, the Democrats offer some concessions meant to contain and detour workers, not at all to meet their increasingly desperate needs. They are just as big liars as the Republicans. Supporting Democrats to stop Republicans isn’t using fire to stop a fire; it is fuelling a growing blaze. Their function is to demobilize potential mass unrest, not encourage them. And the function of progressives is to cover for them.

No candidate in his election offers anything close to what working people need and want. That is because this society, its pseudo-democratic elections included, in no way serves the working class. It is a capitalist society, run by and for the capitalist ruling class. By means of the presidential campaign, the ruling class is demanding popular ratification of its legitimacy. The facts are plain. The two major presidential candidates agree almost 100 percent on all the basics.  It means mobilizing the U.S. population for the sacrifices required. to  policies that will lead to both cuts in social spending at home and increases in U.S. military manpower abroad. The problems American working people face will not be solved by this election, by the capitalists or within the capitalist system. The only alternative is socialist revolution. The “lesser” evil is an enemy who defends this system of worsening horrors.

If the policy is “Anybody but Trump,” before you know it, you’ll be calculating how to win over swing voters; then you’ll worry that mass protests should wait for a better time. That’s how the moderates and centrists leaders and party bureaucrats figure—stay calm, make sure “our” side wins in November. If you want the Democrats to win at all costs, then you had damned well do all you can to keep struggle out of the picture. The Democratic Party is a death-trap for the struggles of the exploited and oppressed. It has eliminated the fundamental principle of socialism, that the independent working class must re-create its own revolutionary party and put an end to class collaboration. A genuine socialist party would tell the truth about the system. Anyone who rightly hates Trump should be equally sick of the Democrats. What is the difference from the vainglorious claptrap of Trump and the parsimonious sermons of Biden? There is none. Come November, who will get your vote? Coke or Pepsi?