Chemical Industry Versus Public Health and The Environment

Below an update on the negotiations re Transatlantic Trade and Investment Partnership, once again revealing the strength of corporations and how their interests are stacked firmly against the welfare of humankind and the environment in general, in favour of - you guessed it - their own interests, profit.

Corporate interests may be winning in U.S.-EU trade negotiations, endangering public health and the environment, a new cache of documents (pdf) leaked on Tuesday show.
Backed by powerful industry advisers and bolstered by U.S. allies who have already made significant concessions to move negotiations along, the Transatlantic Trade and Investment Partnership (TTIP) deal is poised to derail European regulations around the use and transport of chemicals—regulations which are significantly stronger than those in the U.S. The deal would also limit public access to information on toxic and hazardous substances. ..More..>

Backed by powerful industry advisers and bolstered by U.S. allies who have already made significant concessions to move negotiations along, the Transatlantic Trade and Investment Partnership (TTIP) deal is poised to derail European regulations around the use and transport of chemicals—regulations which are significantly stronger than those in the U.S. The deal would also limit public access to information on toxic and hazardous substances.
The documents show TTIP advisers doing their best to diminish any effort by the European Commission to enforce safety requirements from previous negotiations, which the U.S. Trade Representative (USTR) agency has called “trade barriers.” .. More..>

European Commission - A Captive But Willing Servant Of A Corporate Agenda

Statement From Philippines Socialist Party (Party Of The Laboring Masses)

Posted by Janet Surman at 7:15 am Labels: Philippines Socialist Party, Solidarity
‘Capitalism, a global system that puts profits before people, has brought us to the brink of a climate-induced catastrophe that can destroy humanity.’
The following statement was issued by the Philippines socialist party Partido Lakas ng Masa (Party of the Laboring Masses) on September 24.
In December 2013, the PLM began a public discussion of a draft document that outlines the party’s political orientation, which it calls ‘bayanihang sosyalismo.’ We are also publishing that document, which has much in common with the ecosocialist perspective that C&C supports.
..More.>


What You Should Know About Palm Oil

A new report from GRAIN details and explains the factors driving industrial oil palm producers to seek new areas of expansion and looks at the very different model presented by traditional oil palm production in West and Central Africa. This extensive study also includes information on over 60 large scale land grabs for oil palm plantations in Africa since 2000. A second table shows land grabs for palm oil in another hotspot, the Papuas of Indonesia and Papua New Guinea.
..More..>

Fact Or Fiction - Whose Are The Loudest Voices?


“Wind is such an unreliable source of electricity that coal plants are required to operate around the clock as backup for wind power.” —fossil-fuel funded front group ALEC
“Every major review of the scientific literature exonerates sugar as the cause of any disease, including obesity.” —The Sugar Association
More and more these days special interests go out of their way to spread misinformation and undermine science—and the truth isn’t always easy to see...More..>
----------------------------------


We, The Common People

It has never been as clear that peoples and communities, the common people, continue to exist – at the same time as the “dominant” systems of the world become more and more desperate to control them. We are speaking of the people who protect, save and guard their native seeds and who in the widest sense grow food for their own communities across the world. The people who live in resistance and demand with increasing strength their own autonomous governments in order to defend their ancestral lands.
They are communities which have always placed their lives at the service of the
world – exercising a care and balance between plants, animals, water sources and between “natural and spiritual beings” - and cultivating a memory and presence in the environment around us of both our living and our dead...More..>
-------------------------------------------- 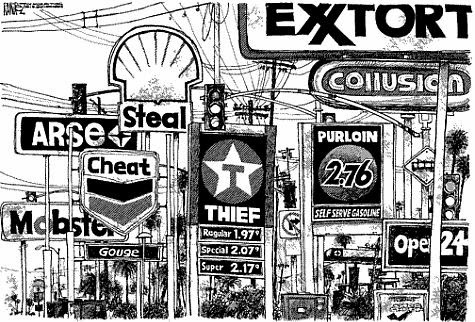 Many environmental activists claim to advocate a society based on cooperation and production for use, a sustainable society where production is in harmony with the environment and affairs are run in a decentralised and democratic manner. They argue that only in such a system can ecological problems such as pollution and global warming be solved. The ultimate aim is a participatory economy, based on smaller-scale enterprise, with a greatly-reduced dependence on the world market. What is being proposed is the abolition both of the world market, with the competition for resources and sales it engenders, and of existing centralised states, and their replacement by a worldwide network of smaller human communities providing for their own needs. This will involve a steady-state economy based on maximum conservation of materials and energy.
..More..>

Strategic resources are carefully protected by countries owning them. Bolivia still has 50,000 metric tons of pure silver in Cerro Rico, Potosi. This is the same amount extracted by the Spaniards during colonial times in that place. Bolivia’s strategy is to keep this vast richness for the uncertain future, when fiat money might collapse. A similar strategy was adopted by the USA with respect to its oil.
..More..>