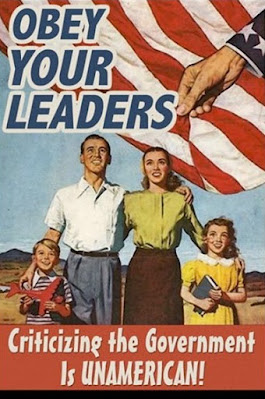 Many liberals and progressives see Trump as the main problem facing the U.S. Therefore their focus is on defeating him in the November election. Their hope for salvation is a Biden and a Democratic Party presidency. The World Socialist Party disagree and view Trump as the culmination of years of political and economic development,  related to similar politics in other countries. The growth of right-wing, nationalist, “populism” is world-wide. The replacement of Trump by the Establishment-endorsed Biden will not be the dawning of a new day.

For certain, Trump is devoid of a conscience or of empathy for others, cruel and callous, completely self-centered, lacking in integrity or honor, who breaks laws and ignores the norms of basic decency and who punishes his enemies and sells out his friends without a qualm. He is a sexist, racist and a xenophobe. As a result of all this, most of the capitalist class do not support Trump and would prefer Biden. Sure,  they loved his tax cuts for the rich and they liked his attacks on Obamacare. They delighted in his deregulation, particularly of all those restrictive regulatory rules on the environment. But Wall St are also pleased that they possess a conservative, pro-business, alternative to Trump, who they believe won’t risk killing the goose which lays the golden eggs. Many working people have have real grievances and seek to have them addressed. Trump won’t deliver the solutions so the media says Biden will. For Big Business the program of tax cuts and deregulation will continue, but perhaps not as so brazenly and blatantly.

A little bit of history shows that the repeated defeats of right-wing presidents have not resulted in progressive administrations. Instead, the Democrats have shifted to the right and occupied the space once taken by the Republicans. If voters get fed up with one party, they turn to the other, basing their views on the personality of the individual rather than at what programs they propose.

We can expect the liberals, progressives, and activists on the left of the Democratic Party to quickly be disappointed with a President Biden, who will stay well within the limits of capitalism. He cannot stop climate change or improve the living conditions of working people. This disappointment will lead to a bigger opposition, we are told but that opposition will end up being channelled into some safe criticizm to wither and die.

The right to vote is seen as a necessary prerequisite for freedom across the world. People have fought and died for the right to vote in elections. So why is the World Socialist Party advocating abstention in November? We aren’t  against voting, as are those who call themselves anarchists. In fact we are for democracy. What we are against is a system that offers candidates, selected for us, and with policies chosen for us, neither being in the interests of us. Governments are little more than committees for managing the affairs of capitalism. It’s not enough to blame individual politicians elected to office for failing us and arguing that we need to elect better politicians. It is the system that is at fault. Capitalism is the problem. The good intentions and character of the candidates are irrelevant. By making the principled choice not to participate in the election, we open up an opportunity for our fellow-workers to question the acceptance of the status quo. During this election period where there are more people talking about politics, the World Socialist Party will try to get our ideas across about the nature of the current economic system, how elected politicians are controlled and shaped by the State, and how the State acts to protect capitalism.