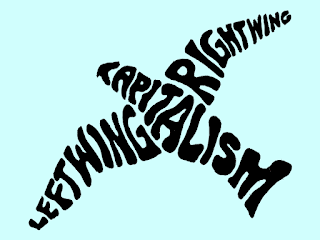 A uneducated worker who rebels is wiser than the most learned scholar who writes apologies for his chains.

Reforms will not abolish capitalism. Instead, reformists demand the re-distribution of profits. The World Socialist Party go further. We demand the abolition of the profit system altogether. We recognize the advances made by the capitalist system. The next and logical step is workers to assume common ownership of production and democratic control of it. Wage-labor does not mean prosperity, only a regular pay-check for those who aren’t "troublemakers."

When a ruling class is in a crisis, it cannot tolerate its government, its executive committee, posing as a friend of labor. This is too dangerous. It demands that its government become the overseer of labor. The ruling class does not always use such harsh language, of course. In the first stages it employs a milder tone. Hence the demand for “national unity.” This is the first and great commandment. And the second is like unto it: “equality of sacrifice.” Carried out in practice – and practice is what the ruling class insists on – national unity is a demand for the working class to do all of the sacrificing, it is a demand for the subordination of working people to the ruling elite.

Our business is to assist in the emancipation of our fellow-workers. This is our work. There must be no class doomed to toil through life as mere workers at wages. Humanity condemned to a world in which private property, the state and hard work are necessary consequences of the capitalist system.

Whoever wins the election, Tweedledum Trump or Tweedledee Biden, Wall Street will continue business as usual. A worker in revolt is wiser than the learned scholar who writes apologies for his chains.

Instead of being exploited by red-white-and-blue merchant prince, American workers may choose to be  exploited by a robber baron.  Marx and Engels said: The executive of the modern government is nothing but a committee for managing the common affairs of the whole capitalist class. Most workers still think they can somehow use the capitalists’ own executive committee to get their own interests. But surely because labor has voted Democratic and Republican, we cannot expected it is fated to always continue voting Democratic and Republican. Workers should be fighting their own enemies not the ‘enemies’ of their enemies. The working class as a class is still capitalist-minded. It must yet take its first steps towards its own emancipation. Once one adopts the standpoint of the “lesser evil” theory we has conceded everything to Joe Biden and every stooge in the DNC and all the protestations about the value and necessity of a socialist party are reduced to zero. The Democratic and Republican Parties are both instruments of the capitalist class and therefore have the same essential philosophy. It would be futile to deny that the “lesser-evil” theory is alluring and easily deceptive or to overlook the fact that millions of workers will go to the polls in November and cast their ballots for Biden on this basis. Unless a socialist party organizes the dissatisfaction of the American people, other movements will arise to direct it along an anti-worker path.

Change, not preservation of the capitalist state, is a basic component of socialism. There exists the myth of real difference between the two parties.  People choose the lesser of two evils, and sometimes the difference between the two evils is so small in their minds that they will choose because of the personality of the presidential contestants. The World Socialist Party believes it needs to fight for the interests of our fellow-workers against whoever occupies the Oval Office, and therefore will never endorse either the Republican or the Democratic Party. Tweedledum and Tweedledee are still twins even when one wears the smirking mask of Trump and the other, the smile of Biden.

It is in this light that the WSPUS put forward the argument – ’don’t vote on November 3rd - ORGANISE!’