POLITICIANS FIGHT FOR THEIR INTERESTS, WE MUST FIGHT FOR OURS 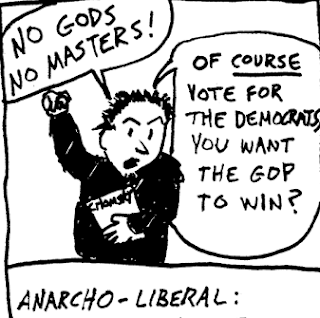 Trump offers us four more years. Every reactionary force in the country – from white supremacists, to Christian evangelical preachers, to Fox TV– is doing its utmost to assure a Trump victory. The right wing nightly dreams of what it can do under another Trump administration. Within the Democratic Party there is a growing polarization, with some Democrats moving to the right, but others being swinging more leftward. Today the conservative trend have very much the upper hand under Biden, and this is likely to continue. But more and more of us are refusing to vote. Time and time again we’ve seen the promises and phony solutions of both main parties turn bitter as they sweetened the honey for their Big Business friends in Wall St.

Each day working people face the reality of no secure jobs, bad working conditions, poor health care, dilapidated housing and bad education for our kids. We see our whole lives going down the drain. But there’s a growing consciousness among working people that we don’t have to take things as they are. Workers are walking off the job. People are taking to the streets. It is scaring the rich rulers of this country to see that workers can unite to fight back, even ignoring their laws when need be. The wealthy elite are trying to offset the anger by telling us to vote for their front-men. To keep us under control, they tell us, “everything will work out if you have trust in the system and use your ’right’ to vote for the best man to do the job.” The media does its best to create enthusiasm so voters feel that they really are making a big decision in their lives.

Many voted for Trump. Their reason? “He may be a crook, but at least he gets things done.” His whole campaign revolves around his image as the Action Man; Mr. Tough Guy who goes against the Washington establishment to get what he wants; and then parades his list of miniscule accomplishments. But really what’s there to thank Trump for? It was labor that did those things anyway and he just took the credit. Why should we thank him for the things we deserve anyway? The people who should be grateful to Trump are his rich cronies he’s been serving all along with tax cuts and corporate welfare. it’s most likely if Trump  grabs victory on Nov. 3 he’ll be up to his dirty tricks again against the people.

The Republican platform is not stupid, from the point of view of the Republican leaders. The Republican platform is stupid and dishonest? Agreed. But this same stupid and dishonest platform has carried dismay and confusion into the ranks of the Democratic Party. Biden promises us good times ahead. Like two hoodlum gangsters, Trump and Biden, face each other down. In campaign speeches and ads, they concentrate all emphasis on the crimes of the other, and let their own virtues rest on vague and noble generalities that can never be pinned down. For honest men and women, there is no real choice between racketeers. The fight has got to be against all gangsters and gangsterism.

It is a popular myth that this is an affluent society, that the people of this country have the highest standard of living in the world, or for that matter, in all history.  Yet it is true that individuals in this country are fabulously rich and that the nation as a whole possesses an enormous quantity of wealth. So how is it that so many are so poor? we see that the wealth of this country is concentrated in the hands of a few individuals. And it also turns out though that the wealth of this nation is in large part the wealth of the world. There is the ruling elite of America, and the rest of us must subordinate ourselves to their interests. We depend on them for employment. If we’re not employed, we depend on them for our “hand-out”, whatever form it may take. The elite make the laws and these “laws” include  tax exemptions for the rich.

We have to realize that all our different fights are really one fight, that against a common enemy. We have to stand strong and together, for in unity there is strength. We must galvanize others into taking action. The World Socialist Party see our task as one of organizing people, of winning new people to the struggle against capitalism. Political liberty is rooted in economic freedom. The one who controls and owns the means that sustain my life, owns and controls me. I am his slave and in no sense free. You are divided at the ballot box upon alleged issues, issues in which you have not the slightest interest.