The Religion Bubble - Where's The Science?

Posted by Janet Surman  Labels: public policy, Religion, social attitudes 0
A high-level commission has been convened to consider the place of religion in British public life. But the way this commission has been put together makes it part of the problem rather than promising real solutions.

Its four patrons are drawn from the great and the good, though it is hard not to smile at the earnestness with which all religious bases have been covered. We have philosopher Bhikhu Parekh; Iqbal Sacranie, the former secretary-general of the Muslim Council of Britain; Rowan Williams, until recently Archbishop of Canterbury; and Harry Woolf, formerly Lord Chief Justice of England and Wales.
When they gather, do they tell jokes that start “A priest, a rabbi and an imam walk into a bar …”? More..>

Neither Orange nor Green but Red

The Orange Order was first brought to Scotland by soldiers who had been posted to Ireland to help out against the 1798 United Irishman's rebellion that had been inspired by the French Revolution. Scottish soldiers serving with Fencible regiments, as well as the Regulars, were sent to Ireland to assist in suppressing the rebellion.   More..>

Crowds gather around them.

This night will cleanse houses and souls. Old junk and old desires, things and feelings worn out by time, are tossed into the fire to make room for the new to be born.

From the north this custom spread all over the world. It was always a pagan holiday. Always, until the Roman Catholic Church decided tonight would be Saint John's Eve.


From Eduardo Galeano's 'Children of the Days' 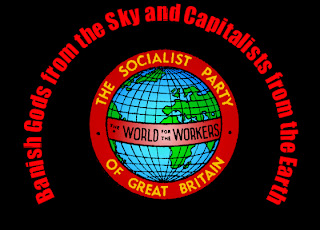 Religion – thy name is superstition

Religion is inseparable from poverty and that is a demonstrable fact. The dire emotional conditions that excessive poverty causes its subjects ensure that the poor are always vulnerable to ideologies that offer salvation and hope. This includes salvation ideologies that promise hope and reward not necessarily found in this life but in a future life, one conveniently inaccessible by everything but the one-way door of death. Worldwide the rich are trying desperately to ensure that the poor never challenge their wealth and power.More ..>

Obama announced an initiative to defeat the Islamic State terrorist group. Obama in his speech said “No religion condones the killing of innocents.” To which a lot of historians of religion would reply: “What?” The Crusades happened, so did the Inquisition and innumerable other wars and witch-hunts.
More..>

Posted by ajohnstone  Labels: Religion
‘If people were no better than their religions, the world would be a hell.’
- W.K. Clifford


What is religion? It is a belief in the supernatural existing alongside the natural. Religion consists in the belief in supernatural beings and forces, in the belief in gods and spirits. Without miracles there is no religion. People are disposed to listen to and believe those who lead them to hope for an end to their miseries. Misfortune render people fearful, credulous, and superstitious. A religious fanatic always has conquests to make among a miserable people. Nothing is more common in the world than the combination of enthusiasm and deceit. In religion, as in gambling, one begins by being a dupe, and one ends a rogue.
More >

The worst of religions, the religion of capital!

“Religious suffering is, at one and the same time, the expression of real suffering and a protest against real suffering. Religion is the sigh of the oppressed creature, the heart of a heartless world, and the soul of soulless conditions. It is the opium of the people.” - Marx

Opiates hide the pain of physical disease without curing it. Religion, which promises divine forgiveness and a better life in the next world, conceals the pain inflicted by poverty, hunger, and the other social diseases of this world.