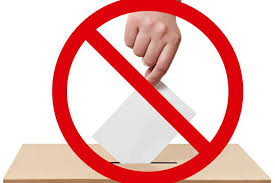 Florida can require people with felony convictions to repay all outstanding debts before they are eligible to vote again, but it does not have to tell them how much they owe, a federal appeals court ruled.

The decision will probably stop hundreds of thousands of possible voters in the key battleground state in November's presidential election.

After Florida voters overwhelmingly approved a 2018 measure – often called Amendment 4 – to automatically restore voting rights to people once they complete their criminal sentences, Republicans authored a new law requiring repayment of all fines, fees and court costs before those people could vote again. Florida hits criminal defendants with a dizzying array of court costs and fees, used to fund the courts, which people with felonies must repay before they can vote again. An estimated 774,000 people with felonies in Florida have outstanding debts.

“This ruling runs counter to the foundational principle that Americans do not have to pay to vote. The gravity of this decision cannot be overstated,” said Julie Ebenstein, one of the lead attorneys for the plaintiffs in the case from the American Civil Liberties Union.

Even though Florida requires people with felonies to repay financial obligations before they can vote, figuring out how much they owe is often impossible, even for state officials. There is no centralized place to look up how much someone owes. Some criminal sentences are from decades ago and record-keeping of court payments is often shoddy. Local clerks testified during a trial in May that there are often conflicting amounts in records. But in an extraordinary determination, the 11th circuit said on Friday that while Florida could require payment to vote, it had no obligation to tell people with felonies how much they owed.

Posted by ajohnstone at 1:58 am

"...If ballots are rejected at the same rate as during this year’s primaries, up to three times as many voters in November could be disenfranchised in key battleground states when compared to the last presidential election, according to an Associated Press analysis of rejected ballots. It could be even more pronounced in some urban areas where Democratic votes are concentrated and ballot rejection rates trended higher during this year’s primaries..."