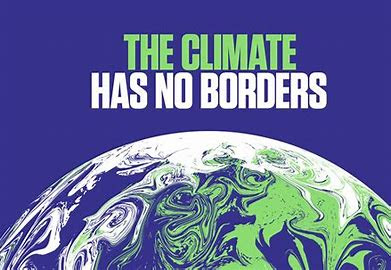 As world leaders meet at COP26 to make commitments for climate action, displacement associated with disasters and the impacts of climate change continue.  They threaten homes, livelihoods and lives warns the Internal Displacement Monitoring Centre.

Floods and storms forced hundreds of thousands of people from their homes across all regions of the world in October. Despite an end to monsoon and rainy seasons in Asia, intense rainfall triggered severe flooding and landslides. Storms hit parts of the United States and Europe still recovering from summer wildfires, which destroyed vegetation -- a natural flood defence.

Following a summer of heatwaves, drought and wildfires across parts of the United States and Europe, flooding brought about by storms in October led to evacuations in Evia, Greece and California. The same phenomenon occurred in Australia at the beginning of 2021, as widespread flooding followed an unprecedented bushfire season, forcing tens of thousands into displacement.

Extreme weather also continued across south-east Asia. In China, floods uprooted more than 330,000 people in the provinces of Sichuan, Shanxi and Shaanxi in the first week of October alone. Shanxi experienced its worst flooding since records began, with average rainfall 13-times higher than normal. Heavy rainfall driven by a late monsoon caused severe flooding and landslides in India and Nepal. An estimated half a million people were displaced to relief camps in India's West Bengal state.

A high-intensity storm in the Mediterranean wrought destruction in Algeria, Italy and Tunisia, while tropical cyclone Kompasu left a trail of destruction across China, Hong Kong, Macau, the Philippines, Taiwan, and Viet Nam. Cyclone Shaheen uprooted around 5,000 people in Oman in early October, and Mexico was struck by hurricanes Pamela and Rick. More severe weather and further displacement is expected in the coming months as the typhoon and cyclone season has only just begun in south-east Asia and the Pacific.

"Displacement in the context of disasters and climate change is one of the defining global challenges of our generation, affecting high and low-income countries alike," said Alexandra Bilak, Director of the Internal Displacement Monitoring Centre (IDMC). "In 2020, disasters, primarily triggered by weather-related hazards, resulted in 30.7 million forced movements. This is more than three times the number prompted by conflict and violence."

Bilak explained, "The scale of this type of displacement worldwide is certainly a cause for concern, as is the very real risk that global warming will lead to more frequent and intense weather events that can upend people's lives."