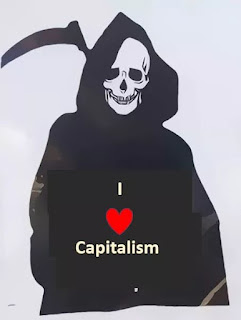 COP which stands for ‘Conference of the Parties’ intended to bring together almost every country for global climate summits. Others suggest that COP  really refers to the “Conference of Polluters” and “Conference of Profiteers.

COP1 was held in Berlin in 1995 in Berlin in recognition that issues related to the climate could not be addressed by an individual county and that it required an international response.

A 2017 study from Carbon Majors Report revealed that only 100 companies were responsible for 71 percent of worldwide industrial greenhouse gas emissions since 1988.

At Glasgow's COP26 over 100 fossil fuel companies were represented with 30 trade associations and membership organizations.

At least 503 (some estimates said 600-plus) fossil fuel lobbyists attended.

In addition, 27 official country delegations were registered fossil fuel lobbyists, including from Shell, Gazprom and BP.

Capitalism turns everything – everything! – into a commodity.  In the same process that it turns human work into labor power, of enabling people to sell themselves as they would sell any other object, capitalism turns nature into yet another commodity.

One can only wonder how many more COPs we will have to suffer through until the corporations executives, government bureaucrats and their lobbyists and lackies give up short-term profit for long-term viability … if not for themselves but their children and grandchildren.

Without addressing the capitalism’s core value of the commodity – one reproduced for centuries and in every current transaction – the global environmental crisis will not be addressed let alone solved.

Posted by ajohnstone at 3:54 am