"We need a revolution" 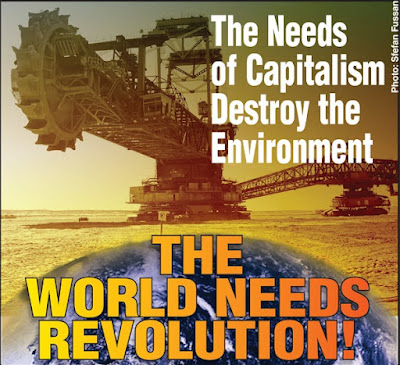 A global water crisis is being ignored at Cop26 to the detriment of billions of people’s lives, according to the charity WaterAid.

A 2016 study found two-thirds of the global population, four billion people, faced water shortages, and many were at increased risk of floods and droughts brought on by the climate crisis.

“The climate crisis is a water crisis at its core,” he said. Rainfall patterns have changed in many parts of the world; “more intense and more frequent floods pollute water sources and destroy crops or homes, while longer and more frequent droughts dry up the springs many people need to survive.”

Water had not had “nearly enough” attention at the climate conference in Glasgow, with urgent action needed, said Tim Wainwright, chief executive of WaterAid.

“The way that climate change affects human beings is almost entirely through water, either too much or too little,” he said. “So why aren’t we talking about water all the time? We need the kind of action on water that we have already happening on the energy transition,” he said Wainwright said very little action was being taken to help affected communities. A WaterAid analysis in 2020 found that water received less than 3% of climate finance overall.

Rising sea levels were introducing salt into water sources in places, and drought was pushing water deep underground in others, he said, forcing people, mostly women, to spend longer and walk further in search of water.

“Water is fundamental to life,” said Wainwright. “It underlies your health, your ability to have an education...Unless action was taken, the future would not be “not worth thinking about”, Wainwright added. “It’s calamitous. A lack of access to water is already killing people … It’s unthinkable not to do something about this. The world has to rise to this challenge.”

There are two billion people, or 1 in 4, who lack access to safe drinking water.