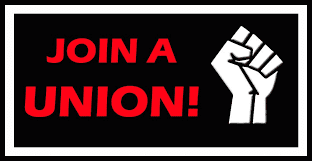 He says his top priorities are to unite the rank and file to take on employers, organize Amazon and other competitors in the union’s core industries, and withdraw support from politicians who don’t deliver on union demands.

“Our biggest selling point to potential members is showing in black and white what a union contract can do,” he said. “We’ve got to have a grassroots campaign to engage our members working in similar industries and showcase what Teamsters can do — and that means negotiating strong contracts that people want to be part of.”

In UPS negotiations in 2023, he says, the union must abolish the second tier of drivers, raise the starting pay of part-timers from $14 an hour to $20 and crack down on subcontracting and Uber-like deliveries by “personal vehicle drivers.” He and his running mates have pledged to strike UPS if necessary.

UPS workers have lived out the consequences of a bad deal pushed through by former union leader Jimmy Hoffa Jnr: two-tier wages and another five years of rampant forced overtime and harassment from supervisors. “It doesn’t matter where we went when we were campaigning—that’s what everybody was furious about,” said Eugene Braswell, a New York City Local 804 UPS driver.