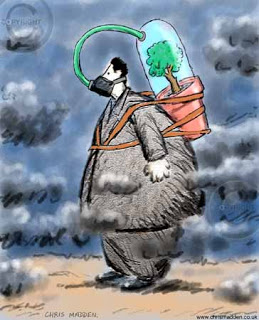 The draft COP26 communique has been criticised for vague language on commitments to cut greenhouse gas emissions, and a lack of firm accountability provisions.

Alden Meyer, a senior associate with the European climate think-tank E3G, noted the importance of fossil fuel subsidies being targeted in the draft, but lamented how long it took to be addressed. He pointed out the issue was first raised in 2009 at the G20 summit in Pittsburg, Pennsylvania.

“It’s absurd 12 years after Pittsburgh that we are still paying taxpayer money and hundreds of billions of dollars a year to encourage production and consumption of fossil fuels,” said Meyer. “The first rule of holes when you find yourself in one – you stop digging. And we’re still digging the hole deeper by paying people to produce and use more carbon. It’s insane.”

Meyer continues, “We don’t need incremental steps, we need radical transformational change and it has to happen in the next two years. We are running out of room and time to make the shift that we need.”

“You can’t ask developing countries to contribute to keeping 1.5C if you don’t provide the certainty that there will be financial flows to be used for this transition,” said Eddy Perez, international climate diplomacy manager with Climate Action Network Canada. He also noted $100bn annually was nowhere near enough needed to assist developing countries. “None of these issues are addressed in the draft text right now,” said Perez.

Both the International Energy Agency and the World Bank have said $850bn per year is needed from rich countries for poorer ones to decarbonise their economies.

Posted by ajohnstone at 7:37 pm