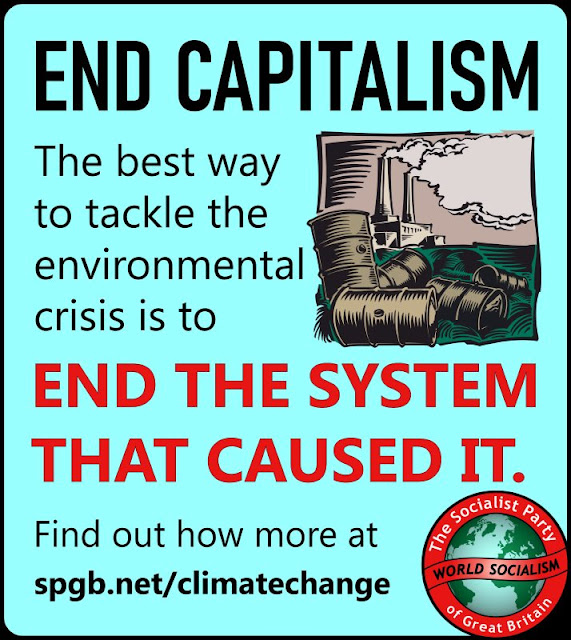 Despite all the promises and pledges by politicians and the media, COP26 will be nothing short of a disappointing failure. The proposals responding to the climate emergency will be a hoax, the solutions sabotaged by vested interests and government policies paralysed by procrastination and postponements, with actual progress accomplished only on paper and not in practice. The tragedy of Glasgow’s conference is that it was no surprise for its informed participants who fully expected a failure but forlornly hope for a better outcome.

Despite many well-crafted speeches COP26 will make no substantive difference to the world’s worsening environmental situation and will once more prove itself to be another ineffectual climate conference. The reason is found in the economic system.

It is not going to be automatic that every environmentalist will end up demoralised or disillusioned by the pronouncements of COP26. Socialists, though, are not so easily duped by illusory assurances from the capitalist class. We are not unique in this scepticism. It is clear others share our cynicism in capitalist solutions and understand that a system geared towards profits can only lead to further environmental disaster. We have noted the banners and placards that say “System Change, not Climate Change”, the rejection of the false solutions offered by “green capitalism”. But socialists present a clear alternative, the vision of a society, based on shared ownership and democratic control.

At this summit, the environment and social justice are the main themes brought forward by the numerous grass-roots groups, pressuring the governmental bodies. They are vocally and vociferously questioning all the official delegates commitment to take action to stop climate change.

But there is a completely different question to ask and a totally separate demand to make. The question has now become: Is capitalism sustainable?

Today is time for building a cooperative commonwealth. The World Socialist Movement (WSM) understands the stark reality that capitalist production and “the market” cannot and will not halt climate catastrophe. Whatever new “green” technologies may arrive, they won’t end the system’s need for growth and expansion to create profit. A socialist transformation will be absolutely necessary for the survival of some sort of recognisable civilisation. The task ahead is to build a vision across national borders, not only to relatively comfortably well-off people in rich countries but to the vast global populations living at or near poverty levels and for them to see a common future that will be in their own interests and those of their children. We’re talking about universal access to quality food, decent housing and adequate healthcare. The answer cannot be based on cutting and curtailing the living standards of the already poor in a sacrifice to save the planet. Austerity is not desirable, although we can be sure what “standards of living” mean will be re-thought and not reflect the current consumerist lifestyles of America or Europe.

The present system’s imperative is growth, meaning the growth of production for profit, whether or not such growth enhances or degrades human lives or promotes or not the health of the environment. In a capitalist market economy, each enterprise must profit at whatever expense, or go out of business. Sustainable development is unachievable under capitalism because it means obstructing the profit motive which drives production.

The WSM trusts in our fellow workers and their bonds of solidarity with others near and far to understand that reality and act on it. What is needed is broadening our socialist vision rather than any rejection of it by substituting and incorporating reforms and amalgamating legislation and regulation as palliatives from the capitalists’ board of directors, the State. Sustainable development to improve human welfare and protect the environment is only possible without the capitalist profit motive. It is a lesson we must learn urgently. 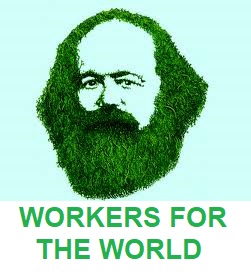