Dispelling the too many people myth

It seems common sense that the more people there are in the world it means fewer resources to go around for everybody else.

If we say that population growth is the main cause of mass starvation and environmental ruin, we play into the hands of the ruling class who wish to divert blame to the victims.

Concentrating on population confuses symptoms with causes while simultaneously validating apologists for the system. Population growth arguments fit in with the ideological needs of the system rather than challenging them and are the primary reason that they receive so much publicity.

It also makes sincere ecologists unintentionally allies with the racists and bigots who seek to make “too many” foreigners the culprits.

It is perfectly admissible for the apologists of capitalism to put the cause of ecological crises on the number of people rather than upon the capitalist system.

But not to sound crude and crass they resort to a justification a little bit more sophisticated - the carrying capacity of the planet and carbon footprints.

What the argument ignores is there is no environmental reason for people to go hungry, now or in the future.

There is no need to use any more land to sustain humanity — increasing land productivity using existing technologies can boost global supplies and leave more land for nature.

The World Socialist Movement speaks of socialism in terms of abundance but our critics claim that human wants are "infinite" and interpret this to mean that socialism will lead to ever-increasing personal consumption, of people consuming more and more material things.

But yes, socialism will involve an increase in individual consumption for much of the world's population currently suffering hunger, disease, and slum-housing.

They arrive at a figure for consumption per head, by taking the total then dividing it by the population. But this fails to give a figure for what people consume as, in addition, it includes what industry, the government, and the military consume.

What the World Socialist Movement proposes is to eliminate the waste of capitalism, not just of armaments and armies but of all the overhead costs involved in the buying and selling exchange economy involving socially-useless, non-productive activity so drastically reducing consumption per head statistic.

If better survival rates for babies and longer lives for the elderly contribute to “over-population”, what is the eugenic social engineers' policy going to be? Infanticide and euthanasia?

The world currently produces enough food to feed 10 billion people, and there is not yet 8 billion of us. The world has an abundance of resources and could provide for everyone’s needs.

That is a fact.

The poor suffer hunger – not because resources are scarce, but because they don’t have sufficient money nor own land.

Poverty and inequality cause hunger, not overpopulation.

We are growing, but definitely not at an exponential rate. The rate of population growth is slowing down and actually declining.

“The European Union, which has recently expanded to encompass 452-455 million people (according to 2000-2005 figures) would fall by 2300 to only 59 million. About half the countries of Europe would lose 95 per cent or more of their population, and such countries as the Russian Federation and Italy would have only 1 per cent of their population left.”

In other words, the French, German, Italians and British will virtually cease to exist.

Just to give an idea that it isn’t space itself that is lacking, every man, woman, and child on earth could each have a half-acre of arable land.

The economic laws prevent food from being transported to where it is needed or distributed to those who are in need.

What if the world’s population was drastically reduced to a few billion? Wouldn’t the forests still be logged to depletion, the pollutants spewed into the water, and greenhouse gases accumulate in the air? These would just happen at a slower pace, not disappear.

But what if we used all of our abilities for the betterment of all life instead of using it solely to empower the few at the top?

What if we united not for war and destruction, but for peace and prosperity?

What if we instead used this same potential to create sustainable technologies, beneficial products and harmonious systems that would allow humanity and the earth to thrive?

What if we united as a people stopped complying with capitalist laws and built a beautiful new world? 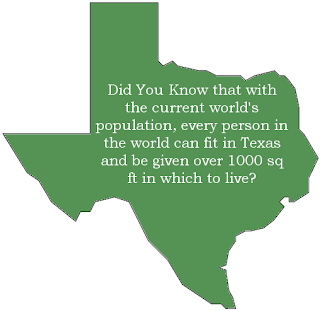