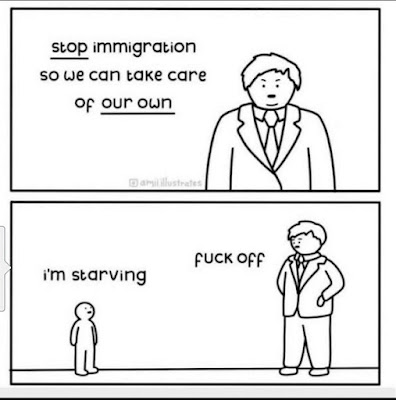 Home secretary, Priti Patel told the House of Lords justice and home affairs committee last month: “All the data and evidence has shown this – that in the last 12 months alone, 70% of the individuals who have come to our country illegally via small boats are single men, who are effectively economic migrants. They are not genuine asylum seekers. These are the ones who are elbowing out the women and children, who are at risk and fleeing persecution.”

Yet data from her own department has concluded that 61% of migrants who travel by boat are likely to be allowed to stay after claiming asylum.

Enver Solomon, the chief executive of the Refugee Council, said: “The analysis contradicts the government’s narrative that people coming across the Channel are not refugees. The reality is that people who come to the UK by taking terrifying journeys in small boats across the Channel do so because they are desperately seeking safety having fled persecution, terror and oppression.”

The Refugee Council analysed Channel crossings and asylum outcomes between January 2020 and June 2021. The charity found that 91% of people who travelled by boat across the Channel came from 10 countries where human rights abuses and persecution were common. These were Afghanistan, Iran, Syria, Iraq, Sudan, Vietnam, Kuwait, Ethiopia, Eritrea and Yemen.

According to the Home Office, 98% of people coming across the Channel apply for asylum. The report sets out the likely outcome of their asylum claims based on what is known as the grant rate. It finds that the majority of people crossing the Channel are likely to be recognised as being in need of protection at the initial decision stage.

For the top 10 countries of origin arriving by small boat, 61% of initial decisions made in the 18 months to June 2021 would have resulted in refugee protection being granted, the report states. This compares with 52% of decisions made for all nationalities in the same period.

Posted by ajohnstone at 7:34 am

Government hiding the facts that the "pull" factor for refugees is not an issue.