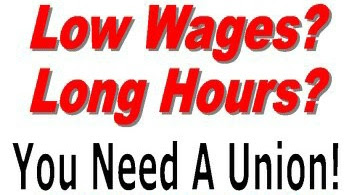 5 million workers in Britain earn less than these amounts, putting them at risk of severe hardship from rising energy bills and mounting inflation across the UK this winter.

Frances O’Grady, general secretary of the TUC, said “Low pay is endemic in modern Britain. Millions are in jobs that don’t pay the bills or put food on the table.”

Katherine Chapman, director of the Living Wage Foundation, said “There are still millions trapped in working poverty, struggling to keep their heads above water – and these are people working in jobs that kept society going during the pandemic like social care workers and cleaners.”

Gary Smith, GMB general secretary, said: “Workers are facing a cost-of-living crisis, and employers face a recruitment crisis, after years of politically driven cuts and a race-to-the-bottom by many employers.”