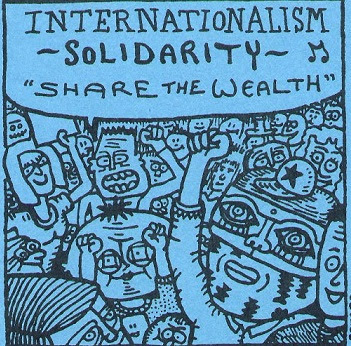 The new U.N. Refugee Agency, or UNHCR, report revealed that a rising number of people worldwide are fleeing violence, insecurity, and the effects of the climate emergency, with over 84 million relocating within and beyond their home countries during the first half of this year.

Internally displaced people (IDP) make up more than half of the agency's total tally at 48 million. According to UNHCR, from January to June, there were also 26.6 million refugees as well as 4.4 million asylum-seekers and 3.9 million Venezuelans displaced abroad, which is its own category.

The actual number of stateless people in the world remains unknown due to a lack of accurate data.

"The international community is failing to prevent violence, persecution, and human rights violations, which continue to drive people from their homes," said Filippo Grandi, the U.N. high commissioner for refugees. "In addition, the effects of climate change are exacerbating existing vulnerabilities in many areas hosting the forcibly displaced." He pointed out that "It is the communities and countries with the fewest resources that continue to shoulder the greatest burden in protecting and caring for the forcibly displaced."

The countries from which the most people fled were Syria, Venezuela, Afghanistan, South Sudan, and Myanmar. Some of those nations also have large amounts of internal displacement.

More than a million people were newly displaced within both Congo and Ethiopia.

Africa witnessed the most new internal displacements as conflict and violence flared in several countries across the continent," says the report, specifically noting the impact of Civil War on Ethiopia's Tigray region, problems in Mozambique's northern province of Cabo Delgado, and "a crisis of governance and instability in rural areas of Burkina Faso linked to the presence of armed insurgents."

According to the report:

"At the end of June 2021, the number of pending individual asylum applications of all types stood at 4.4 million, nearly 7% more than the 4.1 million ending at the end of 2020. This trend is concerning, as lengthy backlogs heighten the risk that individuals with international protection needs will not be able to access protection and solutions in a timely and effective manner. If backlogs become protracted and asylum-seekers wait multiple years for a final determination of their claims without meaningful access to rights or certainty about their future, there will be negative consequences for everyone, including erosion of public confidence in the system, increased costs, and difficulties in returning rejected applicants."