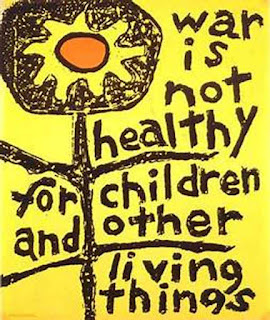 As COP26 drags on in Glasgow, the major nations and the banks and corporations have largely failed to produce any “progress” in solving the climate emergency. They have been unable to reach any significant agreement, other than half measures. It has been more hot air than success at COP26 or as Greta Thunberg so eloquently put it, "Blah, Blah, Blah."

One very important issue being ignored at COP26 is the neglected connection between militarism and climate change. The commentator Jonathan Cook in an article has tried to redress that omission with this article on his website.  It is well worth reading.

Its perspective is that “…armed forces are the most polluting on the planet – and the goal at COP26 is to keep that fact a closely guarded secret…Unlike the farming and logging industries, or the manufacturing industries, or the fossil fuel industries, efforts to curb the growth in military spending – let alone reverse it – are off the table at the COP26 summit… The military’s rationale is neither to be sustainable nor to be kind to the planet…Consumption and competition are at the heart of the military mission, whether armies are waging war or marketing their activities as purely “defensive”…”

"The US military alone is estimated to have a larger carbon footprint than most countries. It is widely assumed to be the world’s largest institutional consumer of crude oil...military emissions figures are disguised – lumped in with emissions from other sectors, such as transport.  And emissions from overseas operations – in the case of the US, 70 percent of its military activity – are excluded from the balance sheet entirely...France, with the continent’s most active military, reports none of its emissions... the UK’s military emissions were three times larger than those it reported – even after supply chains, as well as weapons and equipment production, were excluded. The military was responsible for the overwhelming majority of British government emissions...the total emissions by the Norwegian military over the next decade will rise by 30 percent as a result of its F-35 [the latest fighter jet] purchases alone...As well as discounting the environmental harm caused by military equipment procurement and supply chains, countries are also excluding the significant impacts of conflicts and wars... "

"...All this means that, while western politicians promise to cut emissions at COP26, they are actually busy preparing to increase those emissions out of view. Ultimately, the problem is that little can be done to green our militaries, either substantively or through a greenwashing makeover..."

"...[National] “Security”, premised on a fear of neighbours and rivals, can never be satiated. There is always another tank, plane or anti-missile system that can be purchased to create greater “deterrence”, to protect borders more effectively, to intimidate an enemy..."

Adding to what Cook stated is this website which pointed out that "...Britain has two brand new aircraft carriers, each with three runways and space for dozens of fighter jets. These floating airports have largely escaped criticism from climate campaigners who have focused on blocking a third runway at Heathrow..."

Military pollution is the skeleton in the West’s climate closet (jonathan-cook.net)

"When we have global conferences about cutting emissions, to omit conversations about military investment is to omit measuring our CO2 emissions," Ocasio-Cortez said