Leave coal in the hole? Maybe, perhaps, not sure 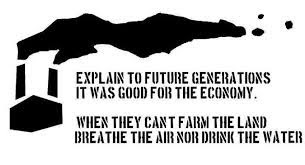 "I think we can say that the end of coal is in sight,” Alok Sharma, the chair of COP26,  claims.

Climate activists say it is all a smoke-screen.

Several major economies still have yet to set a date for ending their dependence on the fuel, including the United States, China, India and Japan.

The promises vary and some pledges came with important caveats,

Some have pledged to quit coal completely at a future date, while others say they’ll stop building new plants, and even more, including China, are talking about just stopping the financing of new coal plants abroad.

Indonesia requested additional aid before committing to bringing its deadline forward to the 2040s. South Africa will get billions of dollars to compensate it if the money is forthcoming, that is.

Poland, the second-biggest user of coal in Europe, appeared to backtrack in an apparent U-turn on any ambitious new commitments within hours of the announcement.

“Energy security and the assurances of jobs is a priority for us,” Anna Moskwa, Poland’s minister for climate and environment, said in a tweet, citing the government’s existing plan which “provides for a departure from hard coal by 2049.” Earlier in the day, it had seemed that Poland might bring that deadline forward by at least a decade.

“Moskwa has underscored that her government cannot be trusted to sign a postcard, let alone a responsible climate pledge,” said Kathrin Gutmann, campaign director of the group Europe Beyond Coal.

Posted by ajohnstone at 7:59 pm