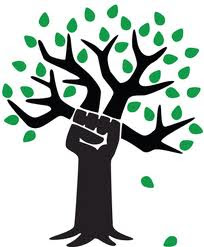 Food waste is not only caused by forgetful consumers and accidents in food supply chains.

In fact, food systems research has shown that food waste is a core, and even profitable, feature of food systems today. But as it is so often the case with environmental hazards, the profit motive trumps preventive action, and the issue of food waste is only superficially addressed.

Industrial food systems create industrial-scale food waste.  Several studies have shown that large-scale food waste is an inevitable outcome of the competition, speed, and growth-driven market mechanisms which rely on overproduction to generate profit at the expense of people and the environment.

Currently, up to half of the food produced globally is never eaten.

None of us wants to think that our food systems might be designed to be wasteful, especially given that the world’s resources are being depleted at an alarming rate, and that up to a quarter of our fellow humans are going hungry.

The abundance of calories produced by our food systems (in the United States, up to 4,000 calories per day for each person) presents a glaring contradiction to the scarcity and hunger manufactured alongside it.

United Nations’ Food Systems Summit (UNFSS) Action Track 2, titled Shift to Sustainable Consumption Patterns, focussed partially on the issue of food waste. But it stated “eliminating wasteful patterns of consumption” and “building consumer demand for sustainably produced food”, as the main goals in this arena, rather than addressing root causes of wastage.

Campaigning group Feedback Global’s executive director, Carina Millstone, blames the summit’s shortcomings around the issue of food waste and the food system in general on the disproportionate role corporations played in its organisation.

Millstone was part of the food waste working group of Action Track 2, but she says she realised early on that the group was dominated by a “handful of organisations intent on promoting voluntary, business initiatives and citizen action for food waste above all else”. Like hundreds of others that boycotted the summit, Feedback Global, which has worked on food waste issues since 2013, stepped aside “as it became clear the recommendations would skirt around identifying and addressing the root causes of food waste – profit-driven corporate agribusiness”.

At the farm level, research by Feedback Global showed how unfair trading practices and power concentration in food systems allow major agribusinesses to transfer the risks and costs of food waste to farmers. The consolidation of the manufacturing and retail sectors ensures that large food corporations control the conditions of trade, including prices, aesthetics, cancellation and volumes. Farmers, especially those growing monocultures, are therefore pressured to meet strict buyers’ requirements, and overproduce.

That so much food is being wasted while so many are going hungry is an undeniable sign that our economies of food are lacking justice. But it is misguided to suggest the problems of hunger and food waste can simply be resolved if we invest more in food redistribution.

The global expansion of charitable solutions like food banks cannot fix the underlying economic inequalities that produce hunger. In what food security expert Andrew Fisher calls the “hunger industrial complex”, food waste, hunger and corporate interests collide to maintain the status quo. Beyond the laudable efforts of thousands of volunteers, extensive corporate sponsorship of the global expansion of food banking hints that this model is not about transforming and preventing wasteful systems, but primarily managing, perpetuating and even justifying excess.

Research shows that food charities in many countries often struggle to handle large-scale donations due to a lack of sufficient storage, cooling and transport infrastructure.

The global advocacy group This Is Rubbish highlights in its Plenty To Share campaign, tackling root causes of food waste and hunger means tackling global wealth inequalities while preventing further corporate control over our food sources.