Living in Harmony with Nature 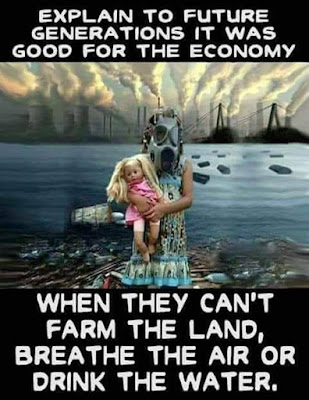 “We by no means rule over nature like a conqueror over a foreign people, like something standing outside nature ... we, with flesh, blood and brain, belong to nature, and exist in its midst ... ” Engels

What threatens society is a lethal and unpredictable mixture of global warming with associated extreme weather events. The planet only supports life because of its delicate relationships with nature’s ecosystems. The anarchic development of capitalism and the rapacious greed of today’s multinational corporations now threaten this fine balance, which is being disturbed on a massive scale. The ‘Greenhouse Effect’ will make the climate hotter and will have a disastrous effect on agriculture.

Under capitalism, the tremendous achievements that science has contributed to society have been used and developed in an irrational and unplanned manner which has resulted in many catastrophes. capitalism has proved incapable of using the capacity of modern science and technology to ease the nightmare conditions of the people. Conditions of life so characterised by malnutrition, illiteracy, disease, squalid surroundings, high infant mortality and low life expectancy still prevail in my countries. Science and technology have made possible the development of computers and robots, the real ‘energy crisis’ for over many people is to obtain the firewood or charcoal as fuel for cooking and little access to electricity. A searing indictment of  big business has been the devastation of the mighty Amazon rainforest with the blessing of the present Brazilian government

The destruction of the environment is inevitable in a society dominated by blind market forces and has now reached calamitous proportions. The inherent contradictions, antagonisms and the competition of interests make capitalism absolutely incapable of introducing adequate safeguards against excessive carbon emission pollution. Our survival necessitates the elimination of the blind consumerism that causes us to squander so many of the world's resources needlessly. We believe in socialism where fulfilment will be found in the relationships among people and not in the consumption of things.

Our enemy is capitalism. In order to fight the enemy and win, we have to understand the enemy. Capitalism dominates our economic system. Under capitalism, a handful who own the factories, the mines, corporate farms, and the banks control the wealth that the majority of the people produce. It is this system that we are fighting. The struggle for a liveable planet is a life-and-death issue. The greed of the corporations has polluted our air, poisoned our waters, and drenched our soil and food with dangerous chemicals. People will have to change how they live and how society is organised. The threat to the environment affects everyone. More and more seas of the world are being increasingly polluted because nations are pursuing policies of plunder, blindly seeking high profits in disregard of the safety of the people. The capitalists have polluted and destroyed the environment as they plundered the mineral wealth of all nations.

Capitalism can never be ‘green’ and ethical shopping in your local high street can never save the world. A business, well-intentioned or not, cannot escape market pressures. Competition squeezes profits and strangles ethics. While the market forces standards down it keep the consumer in the dark. Bogus claims about products go unchecked and unpunished. The capitalist market never creates stable, sustainable relationships. Because it is unplanned and because it is driven by the crude search for profits, the short term interests of particular capitalists will always prevail over the welfare of communities and the countryside. The last line of defence for ‘green capitalists’ is the desperate claim that ‘at least they are doing something’. Yet the kind of lifestyle solution promoted by ‘green capitalists’ betrays a deep pessimism about the environment. It suggests the problems are too big and complex for a real, organised solution. The only hope is that by buying eco-friendly products you are putting off an environmental Armageddon for a few years.

Capitalism is harming the environment. The damage to environmentally important areas of our planet is not caused by scarcity or overpopulation suggesting that people, particularly poor people, were a form of pollution. But there was already enough food in the world to sustain the population twice over. The problem in large areas of the globe is not over-exploitation but under-development. In Africa, only 10 percent of farmland is properly irrigated, and the amount of arable land there could be increased.

Capitalism compromises our relation to nature. All production decisions are made by a tiny handful of capitalists, not in the interests of humanity, but purely for profit. Environmental concerns are ignored in the short term scramble for profit. The vast majority of the population who want to live in a safe, healthy world, and to enjoy nature, have no control over decisions that affect our lives. Some environmentalists claim that economic growth, or even human society itself, is innately hostile to nature. Modern technology is not in itself destructive.

The market can never be harnessed to develop a harmonious relationship with nature because it depends on its exploitation. Its priority is profit and it will inevitably result in the destruction of the environment.