Empty Promises on a Sinking Ship 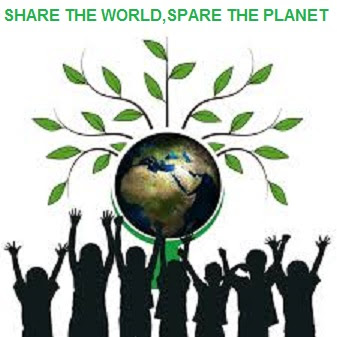 A new analysis of projected extraction in the Permian Basin in the U.S. Southwest exposes the extent to which oil and gas executives put humanity's future in jeopardy.

"If left unchecked," the report notes, "the Permian could continue to produce huge amounts of oil, gas, and gas liquids for decades to come. With global markets flush with Permian oil and gas, it can only be harder to steer the world's economy toward clean energy."

Oil Change International, Earthworks, and the Center for International Environmental Law warn that if the drilling and fracking boom that has turned the Permian Basin into "the world's single most prolific oil and gas field" over the past decade is allowed to persist unabated for the next three decades, it will generate nearly 40 billion tons of carbon dioxide by mid-century. nearly 40 billion tons of carbon dioxide that would be emitted from burning the fossil fuels that corporate executives expect to extract from the Permian Basin by 2050 represent about 10% of the world's remaining "carbon budget." Moreover, "scientists studying methane emissions in the Permian Basin estimate that as much as 3.7% of gas production is being vented and leaked into the atmosphere," the report notes.

Lorne Stockman, research co-director at Oil Change International, said in a statement. "Producers have free rein to pollute and methane is routinely released in vast quantities. Oil exports fuel Permian production growth and today they constitute around 30% of US oil production. While climate science tells us that we must consume 40% less oil in 2030, Permian producers plan to grow production more than 50%" from 2021 to 2030, said Stockman. "This must not happen."

An effort by global financial giant HSBC to water down an industry climate pledge exemplifies the fact that banks and other profit-driven companies "cannot be trusted" to end their complicity in the human-caused climate emergency, critics charge. HSBC wrote to the Net-Zero Banking Alliance (NZBA)—the initiative started by Mark Carney, former head of the Bank of England—on behalf of 12 large banks, calling on the alliance to loosen restrictions and delay deadlines in order to keep the banks from having to commit to far-reaching climate action. Writing on behalf of banks including JPMorgan Chase, Citi, and Bank of America, HSBC asked that the alliance remove from its pledge the list of high-emissions sectors for which banks are required to set net-zero targets for within 18 months of joining the NZBA.

HSBC wanted to make the climate commitments from key sectors— including fossil fuels, agriculture, real estate, and steel—"less rigorous" by delaying new emissions reduction targets until 2025 or even 2030. HSBC also asked that members be required to set net-zero targets only for industries with so-called "credible transition pathways," which "could be highly subjective."

Since "committing" to net-zero financed emissions by 2050 one year ago, HSBC has "helped Saudi Aramco, the world’s most polluting company, raise [$13.9 billion] and Qatar Petroleum raise [$12.4 billion] to fund the expansion of the world’s largest gas field.

"Time and time again we see banks launch voluntary climate initiatives which seem to be aimed purely at reaping PR benefits now, while postponing all concrete action as far into the future as possible," said Maaike Beenes, climate coordinator at BankTrack.

It's true that multiple global pledges have emerged from COP26. None are legally binding. Few stand up to scrutiny, and most offer sufficient vagueness to be meaningless, full of small-print and caveats. False solutions are being peddled at the COP such as carbon markets, "smoke and mirrors to avoid  keeping fossil fuels in the ground.

If we continue not acting against the real cause of the climate crisis—the capitalist mode of production and society will carry on towards collapse. The scenario is the most dire ever. There are 816 new oil & gas wells being planned and drilled until the end of the year and in 2022. This shouldn't come as a surprise to anyone. It is the way this system operates: just enough propaganda of "ambition" and technofixes to keep fossils flowing as ever, while the climate collapses. If the climate change debate is framed by companies and governments around the terms of net-zero, carbon credits, carbon taxes and offsettings, rather than stopping emissions, when will it ever come to the real problem of the climate crisis? Governments and companies are actively not cutting emissions, but also effectively increasing them. Each and every one of these wells is a crime against humanity.