We don’t need this war 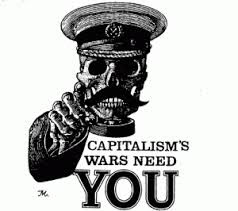 Note. Members of the Socialist Party of Great Britain, our companion party in the UK, have recently been engaged in discussions with members of the Russian group Left Socialist Action (LSA), whose Russian-language website Is levsd.ru. This is a translation of one of the articles on that website, by Ivan Levchenko, a member of the Petersburg branch of LSA. It was posted on May 1, 2021, at a time when open hostilities between Russia and Ukraine appeared to be imminent. The original is here. –SS

As military equipment is moved closer to the border [with Ukraine–SS], the constant noise of propaganda assaults us from all sides. Pro-government experts and journalists, politicians and TV commentators promise gullible people that the start of a new war will inaugurate a long-awaited new era. Yet again they will present this war as “the will of the people.” As an experiment, however, try asking your friends and acquaintances or simply passersby whether they want it, and I am sure that the overwhelming majority will say no. Yes, there are also quite a few people who still believe in the policy of “ingathering the lands” and “we can do it again” but are convinced that if hostilities begin they will be unaffected and, as Zhirinovsky said, “the whole of your America will end up underwater.” However, the further we get from the tragic turning point of 2014 the less there remains of such enthusiasm. Endless sanctions, a destructive crisis, an isolation that seems everlasting.

But this is not even the most terrible thing. The grimmest and bloodiest images of the past are being romanticized. Parallels, sometimes terrible and sometimes absurd, are drawn between current and past eras. In this way, they try to persuade us that there is no development and no change, no future, no progress, no peace, no democracy, no human beings as independent personalities. There is nothing except eternal state power and eternal war. But when we encounter cruel reality without the mask of sacred mystique, we see that the almost deified “tsar” and “leader” is really no more than a highly placed corrupt bureaucrat. Instead of the materialization of some sort of metaphysical “struggle of good against evil” we find cynical political moves to improve their own ratings. There is absolutely nothing to which they will not resort In order to preserve this illusion. They will imprison scholars and activists; they will corral us into the confines of their senseless laws while themselves violating them; they will impose their obscurantism on absolutely everyone, even school students; they will pervert everything within their reach; but in the final analysis they will deceive themselves. And this will be the cause of their downfall.

Today we not only observe but also sense this agony of the imperial project, which has reached the point of self-negation and inner dissolution. This could have been halted had Putin and his supporters at the top found the strength to withdraw in time and sacrifice their power for the sake of the country’s future. But they have decided to go in the opposite direction and sacrifice the future to the past, the lives, freedom, and happiness of the people to their own ambitions. Of course, eventually this will all end. But least of all do we wish that people – including young people, who will have to build a new country – should again be sacrificed in geopolitical games.

What then can we say to our generation, as well as to those older or younger than us? Value Life and defend it against those who will try by means of force or deceit to turn you into their tools for use in their intrigues. There are people who will always treat you as equals, share woe and joy with you, and love you as you are. And there are also those whom you have never seen — and are hardly likely ever to see — in the flesh, although they tell you that you must sacrifice your own happiness for the sake of theirs. Neither they nor their sons nor their grandsons will be with you in the same dugout. They will not even remember you. They will betray you, just as their predecessors betrayed the soldiers in Chechnya, because the true essence of this state power, alas, remains the same. And as the Lumen band sing: “Those who send you into the final battle will not die together with you.”

We don’t need this war | World Socialist Party of the US (wspus.org)