Saving the planet or saving profits 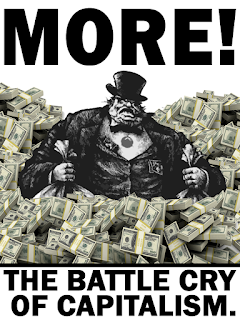 According to Daniel Bressler, a Ph.D. candidate at Columbia University's Earth Institute whose peer-reviewed journal article, "The Mortality Cost of Carbon," was just published in Nature Communications 74 million lives could be saved this century if the emission of heat-trapping gases is cut to zero by 2050.

Bressler acknowledged that his projections of excess deaths from carbon emissions may well be 'a vast underestimate' as they only account for heat-related mortality rather than deaths from flooding, storms, crop failures, and other impacts that flow from the climate crisis.

The study builds upon a concept called the "social cost of carbon," a measurement created by Nobel prize-winning economist William Nordhaus to estimate the economic and environmental damage associated with pumping one metric ton of carbon dioxide into the atmosphere.

"Nordhaus came up with a fantastic model, but he didn't take in the latest literature on climate change's damage upon mortality," said Bressler, who added that "there's been an explosion of research on that topic in recent years."

According to Nordhaus' DICE model, the 2020 social cost of carbon is $37 a metric ton, but when Bressler accounts for the mortality cost, this figure climbs to $258 a ton.

Another study on fossil fuel-related air pollution—not extreme heat—published in February found that exposure to particulate matter from dirty energy emissions killed an estimated 8.7 million people in 2018 alone, accounting for 18% of total global deaths that year.

A study published in 2021 found that about a third of heat-related deaths worldwide can be directly attributed to human-caused climate change.

A 2020 Lancet report warned that climate change is the biggest global public health threat of the century."

Those findings, however, have not been factored into one of the three major computer models that scientists, economists, and the federal government use to calculate" the social cost of carbon, meaning that "policymakers may be underestimating the cost of climate change to human life." Bressler's research seeks to fill that gap.

After analyzing the temperature-related mortality impacts of carbon pollution, Bressler concludes that for every 4,434 metric tons of carbon dioxide emitted in 2020, one person will die prematurely from a heat-related illness between 2020 and 2100. He notes that "4,434 metric tons is equivalent to the lifetime emissions of 3.5 average Americans, 146.2 Nigerians, and 12.8 average world people."

In a study last year on "carbon inequality," Oxfam and the Stockholm Environmental Institute found that the world's richest 1% emit more than twice as much carbon dioxide as the poorest 50% of humanity. While 63 million people were responsible for 15% of global emissions between 1990 and 2015, 3.1 billion were responsible for just 7%.

But given the high levels of inequality within rich countries—and the presence of a small class of "super-emitters" as well as the U.S. military's enormous "carbon bootprint" —it would be misleading to suggest that every person in the Global North contributes equally to causing the climate crisis.

Taking one coal-fired power plant offline and replacing it with a zero-emissions alternative for just one year would save 904 lives over the century. “That would be a lot more impact than a personal decision,” Bressler commented. Bressler explained that ordinary working people "shouldn't take their per-person mortality emissions too personally. Our emissions are very much a function of the technology and culture of the place that we live."

For that reason, the focus should be on implementing society-wide changes rather than perpetuating high-carbon forms of individual consumption.

Posted by ajohnstone at 4:13 am