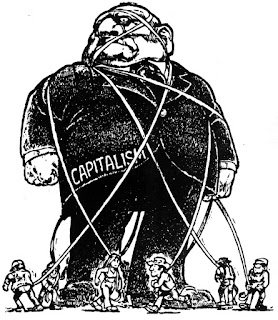 On average, CEOs received $15.5 million in total compensation last year while the average worker in a non-supervisory role earned $43,512.

CEO-to-worker pay ratios increased from 264-to-1 in 2019, while workers' pay last year marked an increase of only $957 over the past decade.

"Inequality, the imbalance in our economy, is clear by this report that the pay of CEOs and working people continues to be a major problem in this country," said Liz Shuler, secretary-treasurer of the AFL-CIO. "The only reason we're reaching the other side of the Covid-19 pandemic is because working people stepped up," Shuler said. "Our first responders, county and municipal workers, food and retail—think about the sacrifices—transportation workers, construction, manufacturing, communication workers... We hear so many business leaders calling those workers 'essential' and 'heroes.' But words are not enough." She went on to say, "What every worker deserves is family-sustaining wages a free and clear path to stand together with our co-workers in unions."

Chad Richison of the online payroll company Paycom was the highest-paid CEO last year, receiving $200 million in salary and stocks. Kevin Clark, CEO of auto parts company Aptiv, took home compensation that represented the greatest gap between an executive and workers; Clark was paid $31 million last year while the average worker at his company made only $5,906, amounting to a 5,294-to-1 pay ratio. Other companies topping the list of highly-paid CEOs and high pay ratios included General Electric, Nike, Hilton, and Chipotle.

The AFL-CIO's report was released as Americans for Tax Fairness (AFT) and the Institute for Policy Studies (IPS) unveiled an analysis of Forbes wealth data which showed the collective wealth of the United States' 713 billionaires grew by $1.76 trillion, or nearly 60% since the pandemic began in March 2020.

Posted by ajohnstone at 5:46 am