The Gang of Four? 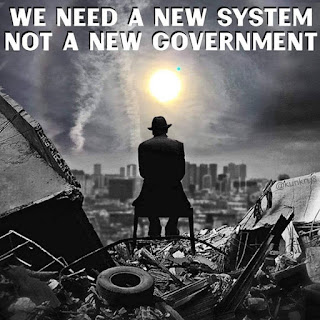 Scientists have warned that China, Russia, Brazil and Australia all have energy policies associated with 5C rises in atmospheric temperatures, a heating hike that would bring devastation to much of the planet.

These countries are committed to climate targets that would lead to disastrous global warming and remain reliant on continued fossil-fuel burning that would trigger temperature rises of 5C if followed by the rest of the world.

This dramatic discrepancy reveals a deep division over the energy and environment policies of the world’s richest nations.

“Without more ambition from China, Brazil, Russia and Australia, Cop26 will fail to deliver the future our planet needs,” warned Tanya Steele, chief executive at WWF.

Yann Robiou du Pont, the lead researcher for the Paris Equity Tracker analysis explained, “The research underlines what many of us fear: major economies are simply not doing enough to tackle the climate crisis and, in many cases, G20 countries are leaving us on track for a world of more heatwaves, flooding and extreme weather events.”

“The G20 is failing to deliver,” said the activist network Avaaz.

A world 5C hotter would be one in which a quarter of the global population would face extreme drought for at least one month a year; rainforests would be destroyed, and melting ice sheets would result in dangerous sea-level rises. In addition, loss of reflective ice from the poles could cause oceans to absorb more solar radiation while melting permafrost in Siberia and other regions would release plumes of methane, another pernicious greenhouse gas. Inevitably, temperatures would soar even further.

Posted by ajohnstone at 9:19 am