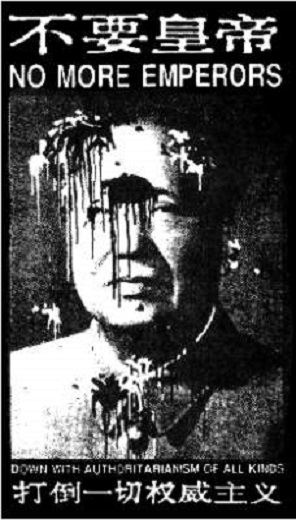 The Chinese Communist Party’s inaugural congress was on 23rd 1921although the centennial celebrations began on the 1st of July. It has been a hundred years of delusion with many political commentators still bestowing praise and plaudits upon the CCP for its progress and perseverance.

China’s economic performance belies the inequality across the country. The have-nots still outnumber the haves by a huge margin.

The very first line of the Chinese Communist party’s constitution declares it is “the vanguard of the Chinese working class” It mentions “revolution” eight times.

The thoughts of Chairman Mao have been devoid of meaning for years.  Instead the concept of "Socialism With Chinese Characteristics" was added to the party constitution in 1992 which became "Deng Xiaoping Theory". Now it is President Xi’s position that is prominent and prevalent.

With over 1,058 billionaires, according to the 2021 Hurun Global Rich List, China now has more ultra-wealthy than any other country on Earth – including capitalist bastion the United States. China’s ultra-rich added an unprecedented $1.5 trillion to their wealth in 2020 at the height of the global COVID-19 pandemic.

The Communist Party maintains a monopoly of power and control. It is a conservative reactionary party bent on preserving the power of state capitalist elites Corruption thrives in areas under state control, such as land sales and infrastructure. The Chinese Communist Party helped to rationalise the existence of the state, wages, dictatorships, patriotism, investments, savings, inheritance, money, taxes and so forth, by apparently bestowing the title "socialist" as an implied prefix to all this evidence that conspicuously characterise a capitalist society.

According to Wikipedia statistics, the CCP currently has 90.59 million members. As of 30 June 2016, individuals who identify as farmers, herdsmen and fishermen make up 26 million members; members identifying as workers totalled 7.2 million. Another group, the "managing, professional and technical staff in enterprises and public institutions", made up 12.5 million, 9 million identified as working in administrative staff and 7.4 million described themselves as party cadres.

For the Chinese Communist Party and the elites that buttress the political system, calls for more democracy is seen as a threat to their grip on power.