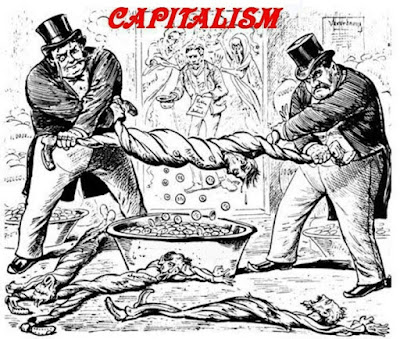 Bosses refuse to raise wages to attract employees. Some employers in the USA are responding to worker shortages by pursuing cheap sources of labor. Employers and industry groups say labor shortages are stifling recovery from the Covid-19 pandemic, though economists have noted the available jobs recovery data shows there is no economy-wide labor shortage.

“The talk about immigrant labor, prison labor, it’s all about exploitation, nothing else,” said Chuck Stiles, director of the Teamsters solid waste and recycling division, which represents about 32,000 workers in the private waste industry. “There is no driver shortage. There is a huge wage and benefits shortage that these waste companies refuse to give up anything on the bottom line.” Stiles said several prison work release programs targeted by the waste industry fail to provide decent wages and benefits in an industry where workers face significant safety risks, poor weather conditions, long hours and scarce time off for holidays.

Employers and business groups are using perceived labor shortages as a pretext to seek out cheap labor sources; employers are hiring teenagers to fill open jobs, automating some job roles to avoid raising wages, lobbying Congress to double the cap on work immigration visas and expanding the use of prison labor. In Michigan, Texas, Ohio and Delaware recently announced a prison work release program for the food service and hospitality industry.

In April, Russell Stover candy production facilities in Iola and Abilene, Kansas, began using prison labor through the Topeka correctional facility in response to staffing issues. 150 prisoners work at the plant, making $14 an hour with no benefits or paid time off, while other workers start at higher wages with benefits and paid time off. Kansas also deducts 25% of prisoners’ pay for room and board, and another 5% goes toward a victim’s fund. The prisoners also must pay for gas for the nearly two-hour bus ride to and from the plant.

Brandilynn Parks, president of the Kansas Coalition for Sentence and Prison Reform, said these programs are a way for employers and the prison system to take advantage of a vulnerable population while driving down wages and taking jobs from other workers in the community. She noted many private companies that hire prison workers will not employ them after they are released and will not hire job applicants with criminal records. She added that these programs perpetuate mass incarceration.

“Whenever we have private industries coming into the Kansas department of corrections, they sign a contract guaranteeing a certain number of people will be working there,” said Parks. “That means there has to be a certain number of people incarcerated, so we’re not working to lower the prison population, but instead building the prison industrial complex as a working machine where people become numbers – and we need a certain amount of numbers to keep them employed to uphold the contracts.”

Parks argued employers refusing to pay living wages is the primary factor driving perceived labor shortages, and that the expansion of prison workforce programs are not good faith efforts to solve the problem.

Hiring people “who are at their lowest in life and then throwing them crumbs is despicable,” Parks said. “The contract guaranteeing this amount of people makes it difficult to release people because they’re making the department of corrections money. So the DOC and private industry wins and they try to make it appear as though the incarcerated win, when really they’re being taken advantage of.”

The construction industry targeted prison labor sources amid what employers have claimed is a severe construction labor shortage that has only worsened under Covid-19. Construction is also one of the industries where significant numbers of formerly incarcerated people find work.

In New York City, construction industry employers recruit recently released prisoners who must seek and maintain employment as a condition of their release from prison. Thousands of workers in New York City are siphoned from prison into low-paying construction jobs with no benefits, no health insurance and unsafe working conditions. These job sites, known as “body shops”, use subcontractors so that employers can offload risk insurance liability. The practice has been spreading, but the New York city council is considering legislation to regulate these employers.

“Throughout the pandemic, body shop laborers left their homes and took trains and buses to crowded job sites, building the NYC skyline. They did this without health insurance, without an economic safety net and with the constant threat of re-imprisonment if they refused to continue to work,’’ said Chaz Rynkiewicz, vice-president and director of organizing for Construction and General Building Laborers Local 79. “While other workers were called heroes for working during the pandemic, body shop workers are told that their criminal justice history sentences them to a lifetime of hard labor with negligible reward.”

Companies claim there’s a labor shortage. Their solution? Prisoners | US prisons | The Guardian

Posted by ajohnstone at 4:18 am