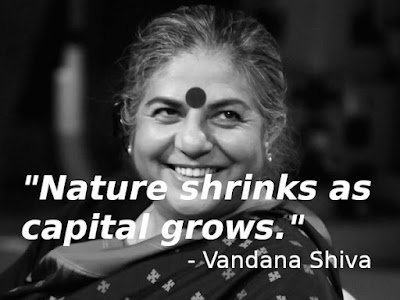 Climate change is the challenge of our time. It poses grave threats to agriculture and is already affecting the food security and livelihoods of small-scale farming households across the developing world.

Back-to-back droughts have pushed over a million people in southern Madagascar to the brink of starvation in the worst famine in half a century.  Villagers have sold their possessions and are eating the locusts, raw cactus fruits, and wild leaves to survive. Climate change bringing warmer temperatures is believed to be exacerbating this latest tragedy. Instead of bringing relief, this year’s rains were accompanied by warm temperatures that created the ideal conditions for infestations of fall armyworm, which destroys mainly maize, one of the main food crops.

Up to 40% of global food output is lost each year through pests and diseases, according to FAO estimates, while up to 811 million people suffer from hunger.

Pests and pathogens have threatened food supplies since agriculture began. The Irish potato famine of the late 1840s, caused by late blight disease, killed about one million people. The ancient Greeks and Romans were well familiar with wheat stem rust, which continues to destroy harvests in developing countries. But recent research on the impact of temperature increases in the tropics caused by climate change has documented an expansion of some crop pests and diseases into more northern and southern latitudes at an average of about 2.7 km a year.

Growing healthy crops needs to include environmental considerations. What is known as a One Health Approach starts from the recognition that life is not segmented. All is connected. Rooted in concerns over threats of zoonotic diseases spreading from animals, especially livestock, to humans, the concept has been broadened to encompass agriculture and the environment. This ecosystem approach combines different strategies and practices, such as minimizing pesticide use. This helps protect pollinators, animals that eat crop pests, and other beneficial organisms. The challenge is to produce food without increasing agriculture’s negative impacts on the environment, particularly through greenhouse gas emissions and unsustainable farming practices that degrade vital soil and water resources, and threaten biodiversity.