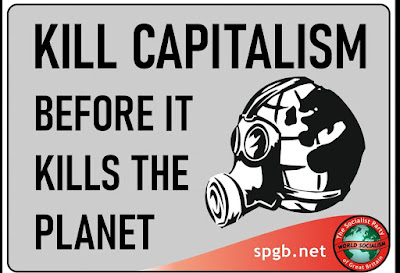 Globally, one in four cities do not have money available to protect them from the impacts of the climate crisis. In a survey of over 800 cities, it was found that 43% of them, home to 400 million people, did not even have a plan in place to adapt to the looming crisis.

The harsh reality is, that even if cities can afford to pay for flood prevention and storm damage, they will be completely at the mercy of diminished food supplies which will be obliterated by the monsters about to be unleashed on our unsuspecting global population.

With the planet only warming by just over a degree, natural-disaster loss events have more than tripled in the past forty years. Since 2004, the number of events has already doubled. Extreme storms around the world are anticipated to happen more frequently, and be more destructive, as the planet warms.

The Atlantic Meridional Overturning Circulation (AMOC), or the Gulf Stream is the ocean current that begins in the warm Gulf of Mexico, carries warm water up the northeast coast of the United States, and across the Atlantic to Northern Europe. The Gulf Stream is often credited with stopping countries like the U.K. and Ireland from freezing over in winter. What has concerned scientists is that the current has been slowing down, and it is possible that it may ‘switch off’ completely. The slowing down is being caused by the increasing amount of freshwater melt coming off the Greenland ice sheets as a result of global warming.

Europe may avoid completely freezing over, the Gulf Stream, along with the North American Polar Jet Stream, are expected to drive extreme weather events. In research published in the journal Nature, scientists predict 'climate chaos'. They expect the weather to be strongly impacted and temperatures on both sides of the Atlantic to vary more wildly from year to year.

The jet stream is like the weather distribution manager for North America. It decides where to send high and low pressure, and how strong to make them. When the jet stream is managing the weather effectively, weather rushes along a torrent from west to east, bringing rain every three to five days. Unfortunately, as the Arctic warms, and the temperature difference between the equator and the North Pole narrows, the jet stream acts unpredictably. The flow is strongest when the temperature variance is highest, but as the Arctic is warming faster than the equator, the flow has slowed down.

The June 2019 fires in Alberta, Canada, were caused by a high-pressure ridge hanging out and causing drought and fire. Then further out east, low-pressure ridges cause rain and flooding which festers (33). Likewise, the jet stream was meandering slowly in an Omega pattern (Ω) in July 2021 and this helped cause the record heat and resulting wildfires in Canada and the western US. Whatever weather pattern emerges, be it a drought, heavy rainfall or heatwave; that pattern basically persists for longer and amplifies the associated risks.

It’s not only floods and wildfires that are being blamed on the lingering jet stream. The abnormally high number of tornados that hit America in May 2019, was also thought to be the work of the slower, wavering jet stream. It’s particularly difficult for scientists to pin the blame on climate change for this increase in tornados due to their rareness and the difficulty in observing their changes, but scientists believe a warming climate will help to produce the storms that manufacture tornados.

Extreme storms around the world are anticipated to happen more frequently, and be more destructive, as the planet warms. From typhoons in the Pacific to cyclones in the Indian Ocean, and hurricanes in the Atlantic, the storms we have seen in the past few years will become the new norm until they too are overtaken by larger, more destructive storms.

In Asia, there is evidence that typhoons are not only increasing in frequency, but they are getting stronger. They are beginning to threaten the region’s megacities.  Climate experts are warning cities from Tokyo to Guangzhou, Hong Kong and Jakarta to prepare for future super-strength typhoons. Even smaller storms are thought to pose a risk to these metropolises as infrastructure losses are expected to rise from $3 trillion in 2005 to $35 trillion in 2070. In the coming decades as the tides surge, the winds rush, and the rains lash at both cityscapes and rural areas straddling the coast, the poorest will be hit hardest, and even at just half a degree of increased warming, 1.5 billion will be at high or extreme risk.

Africa will suffer devastating floods and storms leading to considerable disruption to farming. The population on the African continent is the fastest growing with annual rates of 2.5%, more than double that of any other landmass. As more and more people are added to the population, intense storms and flooding will damage vital food crops. Western and Central Africa will be the worst hit with Niger, Nigeria, and the Democratic Republic of Congo among the most vulnerable to flooding. Scientists predict that the severe rainfall witnessed today will become seven or eight times more frequent by 2100.

Opinion | Are We Prepared for Pandora's Box of Climate Catastrophes? | Simon Whalley (commondreams.org)