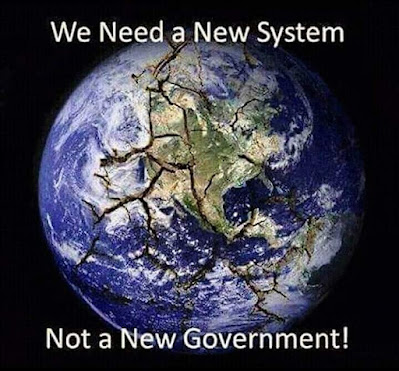 Even if all current Paris agreement climate pledges are met, the world is still set to see temperature rises of about 2.4C by the end of the century – well above the 1.5C of warming that scientists say will already lead to severe climate impacts. Nations are under pressure to up their climate ambitions and businesses, too, are being increasingly pushed to take meaningful action. In response, corporations have put out a flurry of climate commitments.

At least a fifth of the world’s 2,000 largest public companies have now made some kind of “net zero” pledge to cancel out their carbon emissions. They are promising to invest billions in clean energy and pledging to halt deforestation.

Despite the record number of corporate climate assurances, an analysis of 9,300 listed companies in July found that they are still on course to exceed their “carbon budgets” – the total amount of emissions they can release and still keep in line with 1.5C of warming – within the next six years.

“It is easy to say that becoming net-zero is a high priority, but it is another to take action, especially immediate action.” said Remy Briand, head of environmental, social and governance at index provider MSCI. While some companies have placed climate change at the top of their agenda, he added, others have made weak pledges or failed to act at all. Many corporations'  net zero pledges decades away, and many offer few interim targets.

Gonzalo Muñoz, UN climate expert, explains “It’s what we do today, and in these next five to 10 years, that will determine whether we succeed or not.”

The climate pledges are voluntary and the self-regulation appears to be a means to avoid government intervention.

There’s a lack of easy answers for some energy-intensive industries with huge carbon footprints, such as steel, cement, aviation and shipping, which are notoriously hard to decarbonize. Sectors which rely on high consumption of products with big climate footprints, such as fast fashion and meat, will also need to adapt significantly for the world to limit temperature rise to 1.5C.

Some of the boldest ambitious pledges rely on carbon removal technologies that don’t even exist yet, or at least not at the scale required.

Others are heavily reliant on carbon offsets, which allow companies to invest in “nature based” programs like tree planting or forest protection to counteract their own emissions. Offset projects, however, have been plagued by allegations of flawed accounting, greenwash and sometimes even of actively fueling climate change.

Many companies have publicly called for governments to take stronger climate action; behind the scenes it can be a different story, donating funds to politicians who oppose determined climate action. Business PR departments focus attention on personal responsibility with adverts for “more sustainable” products yet they continue business-as-usual models of consumption and production.

“The discussion that moves us away from corporate responsibility to personal responsibility is a huge distraction,” said Shannon Lloyd, an assistant professor of management at Concordia University in Canada. “As an individual, your choices have very little impact in terms of reducing the carbon or other environmental footprint of products. It’s more about getting laws put in place or policies in place than individual purchasing decisions.”

Green, empty promises? The truth behind corporate climate pledges | Environment | The Guardian
Posted by ajohnstone at 9:08 am