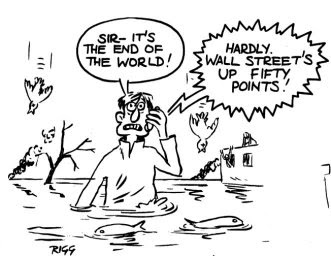 Record-breaking heatwaves are set to become much more likely in future, according to research. Such extreme heatwaves are all but impossible without global heating.

The shocking temperature extremes suffered in the Pacific north-west and in Australia 2019-2020 were “exactly what we are talking about”, said the scientists. But they said the world had yet to see anything close to the worst impacts possible, even under the global heating that had already happened.

The highly populated regions in North America, Europe and China were where the record-shattering extremes are most likely to occur.

The new computing modelling study found that heatwaves that smash previous records by roughly 5C would become two to seven times more likely in the next three decades and three to 21 times more likely from 2051–2080, unless carbon emissions are immediately slashed.

Prof Michael Mann, at Pennsylvania State University in the US, said: “This study underscores something that has been apparent in the record weather extremes we’ve seen this summer: dangerous climate change is here, and it’s now simply a matter of how dangerous we are willing to let it get.” He added, “If anything, this latest study, and our own, are underestimating the potential for deadly heat extremes in the future, in the absence of significant climate action.”

In the UK, flash flooding will become a more common occurrence as the climate crisis worsens. Buildings will need to be redesigned and public areas revamped to include better drainage channels and storm drains.

Adam Winslow, the chief executive of Aviva General Insurance, said: “It’s too late to stop the effects of climate change from happening, but we can reduce the impacts it will have on our lives. Action is needed now to improve regulation about where and how properties are built, encourage the use of resilient materials, and consider innovative and natural solutions to climate change.”

Posted by ajohnstone at 4:43 pm