After a floating gas production, storage and offloading unit belonging to the company Energean arrived  the dispute between Israel and Lebanon over the two countries’ maritime borders resurfaced. The Lebanese presidency warned the Israeli government against any “aggressive actions” in the disputed maritime area. Any exploration, drilling or extraction work Israel carries out in the disputed areas would constitute a “provocation and act of aggression”, said a joint statement by Lebanese President Michel Aoun and outgoing Prime Minister Najib Mikati.

The Karish gas field where Israel is exploring is located in a disputed area of 860 km2 in the middle of the eastern Mediterranean where huge gas reserves have been found in recent years.  Israel claims the Karish gas field as part of its exclusive economic zone and therefore believes that it’s not relevant to its maritime dispute. 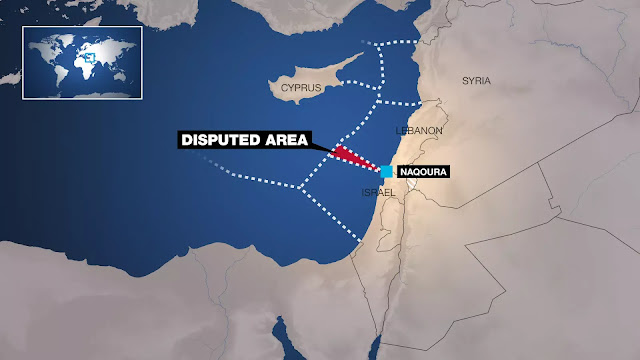 Posted by ajohnstone at 1:52 am