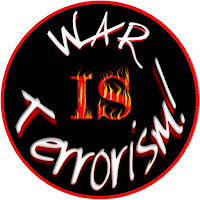 It found that after decades of nuclear disarmament, all nuclear powers are currently spending a lot of money on new nuclear warheads and associated delivery systems, such as long-range missiles, ships, submarines, and aircraft.

SIPRI researcher Hans Kristensen and his colleagues have spent years estimating the nuclear weapon inventories of the world's nuclear-armed states. The current total is understood to be 12,705, with over 90% owned by Russia and the United States.

"Nuclear states are super busy modernizing their arsenals", Kristensen, who is also director of the Nuclear Information Project at the Federation of American Scientists, told DW. "Both to extend the versions they have, but also to introduce new kinds. Countries are beginning to adhere more importance to nuclear weapons."

One country, in particular, stands out: China. "The Chinese increase is the most significant buildup in the world right now in terms of numbers," said Kristensen. "It's completely unprecedented by Chinese standards. We don't know why China is doing this for the simple reason that China doesn't want to talk about it."

"Perhaps China fears that its existing arsenal would not survive a US nuclear strike," Kristensen says. "Maybe it's also a reaction to the fact that missile defense systems will be better in the future and China wants to be able to overcome such systems with more warheads." In any case, he said, one thing is certain: President Xi Jinping wants a "world-class" army — and that apparently means one that is nuclear-armed.

In the past two years, Kristensen and his colleagues have identified some 300 newly built silos for ballistic missiles in Chinese deserts from satellite imagery.

A world free of nuclear weapons is therefore likely to be a very distant prospect.

Nuclear weapons: Disarmament is a thing of the past | World | Breaking news and perspectives from around the globe | DW | 13.06.2022