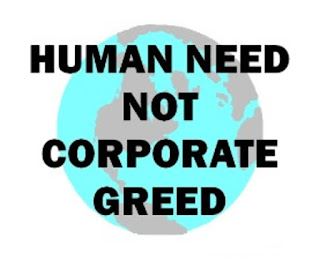 A study of 300 top US companies released by the Institute for Policy Studies (IPS) on Tuesday found the average gap between CEO and median worker pay jumped to 670-to-1 (meaning the average CEO received $670 in compensation for every $1 the worker received). The ratio was up from 604-to-1 in 2020. Forty-nine firms had ratios above 1,000-to-1.

The wage gap between chief executives and workers at some of the US companies with the lowest-paid staff grew even wider last year, with CEOs making an average of $10.6m, while the median worker received $23,968.

At more than a third of the companies surveyed, IPS found that median worker pay did not keep pace with inflation.

There is growing scrutiny of the huge share buyback programs many corporations have been using to inflate their share prices. US companies announced plans to buy back more than $300bn of their own shares in the first quarter of the year and Goldman Sachs has estimated that buybacks could top $1tn in 2022.

Share-related remuneration makes up the largest portion of senior executive compensation and as buybacks generally boost a company’s share price, they also boost executive pay. Senator Elizabeth Warren has called buybacks “nothing but paper manipulation” designed to increase executive pay. The report found that two-thirds of low-wage corporations that cut worker pay in 2021 also spent billions inflating CEO pay through stock buybacks. The biggest buyback firm was home improvement chain Lowe’s, which spent $13bn on share repurchases. That money could have given each of its 325,000 employees a $40,000 raise, according to IPS. Instead, median pay at the company fell 7.6% to $22,697.

Wage gap between CEOs and US workers jumped to 670-to-1 last year, study finds | US income inequality | The Guardian