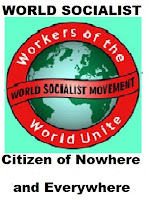 The concentration of vast capital into the hands of a continually decreasing number of capitalists, accompanied by more efficient methods of production, swells to an enormous extent the wealth of this class. While, on the other hand, this development brings with it a more intense form of exploitation, greater insecurity, unemployment, and poverty of the wealth producers. The result is that, as capitalist society develops, the distinction between the two classes becomes wider and clearer; and the opposition of interest more intense. These facts are having a powerful influence on the minds of the workers, and are slowly but surely preparing them to accept the principles of socialism. Having progressed so far towards an understanding of their class position, they become less easy to deceive. Consequently the older political parties, who openly defend the present system of society, and claim that there is no alternative, can no longer command the support of an overwhelming majority of the workers as they did in the past. Hence the need, to the capitalist class, of a political party that can secure the support of this discontented section, by criticising the system, and when necessary expressing sympathy towards socialism, and that can, at the same time, be relied upon to maintain capitalist society. In face of the trials the workers experience in their struggle to live, such attempts to mislead them must fail. And as the system develops, the need for a change in the basis of society from the private ownership in the means of life to common ownership becomes more evident. When the majority of our class realise this simple fact, they will join with us in the fight to secure control of the political machinery and armed forces for the purpose of establishing what must be the one and only object of a working-class political party—socialism.

Global capitalism’s reaction to so-called natural disasters shows the system in its true colours—greedy gold and bloody red.  The profit system proves woefully inadequate to deal humanely and effectively with such situations. These misfortunes are presented as unavoidable natural disasters. To some extent, this is true. But it ignores the difficult-to-quantify consequences of the deliberate pursuit of profit at the expense of environmental protection and conservation—the emission of poisonous gases, the destruction of forests and so on. The severity of the disasters is compounded by the fact that capitalism’s priority is to preserve and enhance the profit system, not to preserve and enhance human life. How would the consequences of natural disasters be dealt with in a socialist world? The frequency and severity of such events would be minimised by not damaging the environment in the pursuit of profit and not forcing people to live in areas that are prone to really unavoidable natural disasters. When a hurricane, earthquake or whatever did occur, help would be organised directly and immediately to meet the needs of the victims. No waiting around for funds to be set up, relief costs to be authorised, etc. No question of debt moratorium or cancellation to be considered—not debts would be created. Just the simple meeting of human needs. Is that too complex and unthinkable an idea to understand and act on?

The problem of evil in the world, the existence of wars, poverty, unemployment, crime, crises, etc., made it clear that no Supreme Being existed. Nor could it be claimed that evil, cruelty and barbarity are just man made, for barbarity exists among the animals. The cat plays with a mouse until it has been slowly tortured to death and the jungles are filled with ferocious beasts who live by tearing to pieces smaller and weaker animals. If God could make herbivore animals why not make them all like that instead of creating carnivorous ones. Everywhere the law of the jungle dominated human life under capitalism. It is possible to trace the evolution of the idea of God in primitive society, and now that we know the origin of the God idea, this cuts the ground from under the feet of the theist. The heavens no longer proclaim the glory Of God, nor does the firmament show his handiwork. God who could reveal himself at any moment has now to be searched for. The time has come to conduct God to the frontiers, thank him for his services, and ask him not to call again and trouble us with his diversions, as we wish to change the economic basis of society, and for this purpose do not need spirits, spooks or spectres (whether holy or otherwise). Instead of God creating man in his image, man had created his God or gods and always in his own image. The gods of the African tribes were black, with short black curly hair, and the gods of the Eskimos were fat and covered with thick furs.