There is Power in a Union 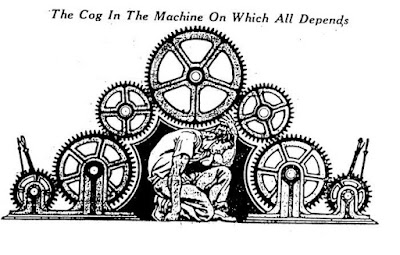 4,000 grassroots activists, members and supporters of labor unions who attended the Labor Notes conference in Chicago from June 17 to 19.

"I think we have the opportunity to make the word 'union' no longer some taboo word that we're afraid to say in the workplace," said Kylah Clay, organizer with Starbucks Workers United.

Since the 1980s, the American labor movement has been in decline. Over the past two years, however, there are signs that US labor may be reviving.

"As someone who's studied labor issues for the last 30 years or so, I've never seen anything like it in terms of the level of interest and excitement from people who want to fight back at the workplace," said Stephanie Luce, a professor of labor studies at the CUNY School of Labor and Urban Studies. According to Luce, the US labor situation is bad, with weak labor laws that are hard to enforce. "What's happening, is people are finally just cracking and saying, 'That's it.'"

Union popularity is at its highest since 1965 according to US pollster Gallup.

Labor union activists hope union wins at Starbucks and Amazon will inspire labor organizing across industries around the country, and potentially raise labor standards in their sectors. "We win a contract, guess how much better the other contracts in this country are going to be?" Amazon Labor Union (ALU) President Chris Smalls explained.

In the US, organizing campaigns by large unions have typically been top-down efforts, in which unorganized workers follow the lead of union staff organizers. Recently, the most exciting victories have flipped this relationship: Union staff support and follow the lead of the workers as the main organizers of the workplace.  the union victory at the Staten Island Amazon facility came from the workers themselves "having one-on-one conversations with workers, disrupting captive audience meetings."

Captive audience meetings are mandatory meetings for employees in which employers express their opinions about unions, often with assistance from hired anti-union consultants. Having workers in the meetings to call out any informational inaccuracies or to express their pro-union sentiment was a major boon to the effort.  It also emphasized the importance of organizers having a presence in break rooms. "It gave us the opportunity to talk to workers, to make it clear being pro-union is not something that will get you fired."

Labor Notes 2022: US workers are pushing unions into the mainstream | Business | Economy and finance news from a German perspective | DW | 22.06.2022

Posted by ajohnstone at 5:53 pm