A Pledge for Peace 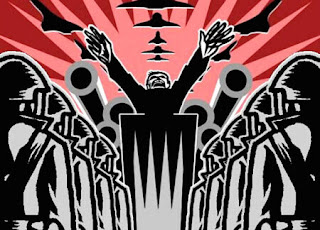 The Socialist Party  in the present grave crisis solemnly reaffirms its allegiance to the principle of internationalism and working-class solidarity the world over, and proclaims its unalterable opposition to all war. Modern wars as a rule have been caused by the commercial and financial rivalry and intrigues of the capitalist interests in the different countries. Whether they have been frankly waged as wars of aggression or have been hypocritically represented as wars of “defence,” they have always been made by the ruling classes and fought by the working people. Wars bring wealth and power to the ruling classes, and suffering and death to the workers.  Wars are sinister and breeds unreason and hatred. They obscure the struggles of the workers for life, liberty, and social justice. They tend to sever the vital bonds of solidarity between them and their brothers in other countries, destroy their organisations and curtail their civic and political rights and liberties.

The Socialist Party is unalterably opposed to the system of exploitation and class rule which is upheld and strengthened by militarism and patriotism. We, therefore, call upon the workers of all countries to refuse support to their governments in their wars. The wars of the contending national groups of capitalists are not the concern of the workers. The only struggle which would justify the workers in taking up arms is the great struggle of the working class of the world to free itself from economic exploitation and political oppression, and we particularly warn the workers against the snare and delusion of so-called defensive warfare. As against the doctrine of national patriotism we uphold the ideal of international working class solidarity. In support of capitalism, we will not willingly give a single life; in support of the struggle of the workers for freedom we pledge our all.

There is no such thing as an ideal foreign policy. In international politics, there is no policy which will suit all times and all circumstances. There is none which can be carried out to give a guarantee of enduring peace. This is true, though most people do not believe it. After every outbreak of war historians and others look back to this or that turning point, and say that if only a certain Government had acted differently, with more foresight, the war would not have happened. This kind of reasoning rests on assumptions that are not justified. It assumes that a Government is a free agent, able to follow any policy that the international situation may seem to call for. It ignores the forces behind the Government which determine the Government's attitude and limit its freedom of action; the electorates that have to be considered, not to mention commercial, industrial and financial groups whose demands on foreign policy are coloured by their trading and other interests. The view taken by the "wise-after-the-event" historians assumes, too, that if one Government gave a certain lead in international affairs other Governments would react in a simple practicable way, determined either by fear of opposing a strong group of Great Powers or by mutual desire to maintain world peace. The historians and many other people are obsessed with the idea that international rivalries and alliances are clashes of the personalities of "great men." They forget that it is not abroad, at international conferences, but at home in their own immediate social environment, that statesmen learn their principles, motives and methods and form their opinions on what is desirable and what is practicable. Pacts and alliances, the United Nations and World Courts, and so on, may control minor disputes and delay the major ones, but they have not succeeded in the past twenty years and will not succeed in the future in preventing war. World peace, like the abolition of property, is something only to be achieved through socialism.

We again take the opportunity provided by one of capitalism's bloody wars, to reaffirm the fact that no war is worth the shedding of a single drop of working class blood.

We repeat again: there are no issues or interests involved in any war that are the least concern of the working class. This vile madhouse called capitalism has created an endless succession of wars. Since this Party was formed in 1904 we have condemned them all. It is high time the workers of all lands finished killing and dying for capitalism, and proclaimed their own class interest by establishing socialism. We represent the conception of socialism of the future. We believe that these purposes for which we stand should end impoverishment and win the earth from the fear of war. We seek a world in which the exploitation of man by man shall cease, when the evolution of human society to new and higher forms shall become possible to all mankind, and when socialism and peace shall be enjoyed by all.

Suppose we were in control of our own destiny? Suppose we workers owned the world there would be no war in which we killed each other off like flies.