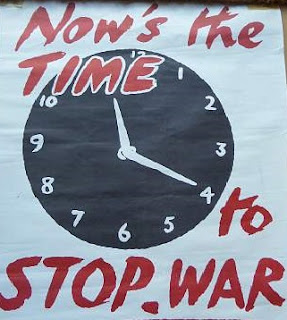 All fellow workers are our family and friends. Capitalism has brought us fratricidal conflicts. You, the most oppressed and exploited, may well be called upon to take part in a war which threatens to slaughter millions of men, women and children and bring ruin, misery and devastation on a scale undreamed of before. The time is now for workers of all lands must stretch the hand of solidarity across all the frontiers.

There was a time when so-called national jealousies were nothing more than personal jealousies between kings and princes. Nations were moved to war and thousands were massacred to avenge a personal offence, or to satisfy the ambition of an omnipotent ruler. But, things have changed now. Wars are no more fought, for personal reasons, still less are they occasioned by national idiosyncrasies: they are fought for markets.

The capitalist is our enemy. The only war worth fighting is the class war, the war of the workers against the robber class. The abolition of the profit and wages system is the only fight that will benefit us. The only enemy we know is the boss who exploits us, whether he be English, Russian, Chinese or American. Working men and women of all countries have no fight against each other. Their interests are common. Their only enemy is the capitalist who exploits them. He exploits you, makes you redundant, permits you to suffer regardless of your nationality. He only emphasises your nationality when he needs you to fight wars against other workers, who are also fighting for new markets for the employing class of the foreign land. He talks patriotism and waves the flag when he wants to use you to fight his battles against other capitalists. We object to having a single worker sacrificed to the interests of the capitalist class. War and the danger of war will exist as long as capitalism exists. The end of war will come with the end of insecurity, exploitation, and industrial conflicts when capitalism is abolished. Not the United Nations but industrial democracy is the way to permanent peace.

A brief study of the nature and causes of modern war proves that war is an essential part of capitalism. The inner conflicts of capitalism lead and must lead to war. All Marxists accept this conclusion. the only possible struggle AGAINST war is the struggle FOR the socialist revolution. War is war. Woe betide its instigator.

There is only one way to prevent war, namely, by the overthrow of capitalism, the real root from which war springs.

The work of our organisation is to tirelessly carrying out propaganda against war and its ultimate cause: capitalist thirst for profit.  Our chief aim must be to warn the workers against allowing themselves to be misled by the lies of the media and the mutual recriminations of capitalist groups, and to remember that the worker in enemy countries is just as much a victim of capitalist oppression as they are —that even though they are compelled by circumstance to fight against each other, that it will not be long before they are again compelled to help each other against the common foe – Capitalism – whose machinations have brought them into rivalry.

Be not dumb, obedient slaves in a capitalist army of destruction. Be heroes in the world socialist movement of construction. We, who are socialists, must hope—we may even expect—that out of the horror of bloodshed and dire destruction will come far-reaching social changes—and a step forward towards our goal of peace among people.

Certainly, enlist to do battle in war. The class war. The war to end wage-slavery, to end capitalism with its evils of misery and environmental degradation. The war to end war. And until that war is ended we do not want peace—because such peace will be the peace of the beggar and the slave. The workers, united and determined, are strong enough by their own actions to banish the spectre of war and open the road toward a free socialist world. We will seek to build a new society, in which all men, irrespective of colour, will be able to work in security and peace, and with full enjoyment of the good things of life.

Posted by ajohnstone at 3:52 am