Why are we afraid? 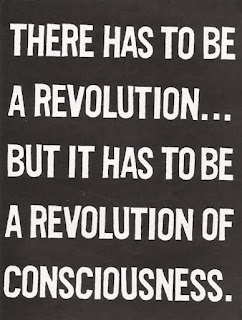 Under a sanely ordered social system goods would be produced solely for use and transport and medical and other services would be organised to meet the needs of the population. Not so under capitalism. We need a society where the production of everything – everything from food to housing to health care – is provided on the basis of need, not sales or profit. The market is a crazy way of distributing – in fact, it rations – what people need. The anarchy of production inherent to the capitalist system ensures that periods of prosperity and boom are not everlasting and that a slump is always somewhere around the corner. In any period of boom some industries will inevitably over-expand their production in relation to market demand and have to curtail output and lay off workers as a consequence. This has a knock-on effect for other sectors of industry, resulting in falling output and increasing unemployment for the economy as a whole.

Under capitalism, the means of wealth production—factories, farms, mines, media, means of communication and transportation—are owned and controlled by a small minority of the world's population. The world is run for the purpose of accumulating profits for that capitalist minority. In the pursuit of profit, the needs, feelings, hopes and dreams of the vast majority. who are the wealth-producers, will inevitably be hurt. Capital exploits the working class and also it abuses us in many ways. It makes workers subjects of a set of economic, political and social relationships which we do not control. In fact, even the capitalists do not control the workings of their system—the system ultimately controls the capitalists and the governments which rule on their behalf. The truth about capitalism is that the workers are economically disenfranchised from real power and the bosses only imagine that they are in charge; everything is chaos and disorder: nobody knows what will happen next.

We live in a society which is full of frightened people. Millions of men and women who are scared of those in power who they do not control. If you are a wage slave you live in the constant fear that you will become too poor to exist. You are on the verge of the living hell reserved for workers who have no money. If you have a home you fear falling behind with the mortgage payments or rent. Repossession is your constant threat.

Fear is characteristic of the normal wage slave. Fear which is the daily companion of most workers is not something natural. To be sure, there are natural fears: physical dangers which threaten all of us occasionally and some to the extent that it destroys them. But most of the powers which assault the working class are the product of the way that society is organised. They are the socially-created effects of a social cause. The cause of our fear is the capitalist system. Under capitalism it is quite sensible to be scared. Even at its moments of greatest hopefulness, capitalism only offers the reasonable person grounds for worry. Just as one social problem is apparently being reformed out of existence two more emerge to plague us. Plans and policies to improve the system fail, either immediately or in the long term. Optimistic prospects of peace collapse when new ruling elites with unforeseen appetites for profits make war a necessity.

Capitalism requires repression. Not only that visible, brutal, blood-stained repression which comes out of the barrel of a gun or other means of state coercion. Mass emotional repression is the order of the day. Workers must learn to know their places, fear stepping out of line, feel afraid to question what it is not for us to question—run and hide, mentally if not physically, when talk of freedom is in the air. The “fear of freedom" (to use the term popularised by Erich Fromm, whose writings have much to offer us in examining the psychology of capitalist life) is amongst the greatest barriers to majority socialist understanding in the world today.

In a socialist society, humans will be free. The most basic social freedom of all is free access to the goods and services we need. Capitalism can never offer such freedom. The market is the antithesis of free access. Socialism means that the common store of global wealth, including all services and the widest artistic opportunities, will be free to all. There will be no money. Each will take from what is available according to their needs, just as all will give to society according to their abilities. Cooperative, democratic human freedom will prevail.

With this economic freedom from the shackles of the market will come a profound emotional freeing of people from the burden of living in fear of powers beyond them. No more bosses, no more gods, no more money-worship. Without the State, liberated from leaders and classes, humanity will be free to explore what we want to make of ourselves. The dreams which had previously been confined to utopian visions will be on the social agenda. Humans will possess the liberty to live with a consciousness unhindered by the fears which come from always having to look over your shoulder. What is needed is the strength to act and the knowledge that conscious, democratic action for socialism is the way out. To our fellow frightened workers we say: Don’t be afraid; it’s time now to give the capitalists something to worry about.